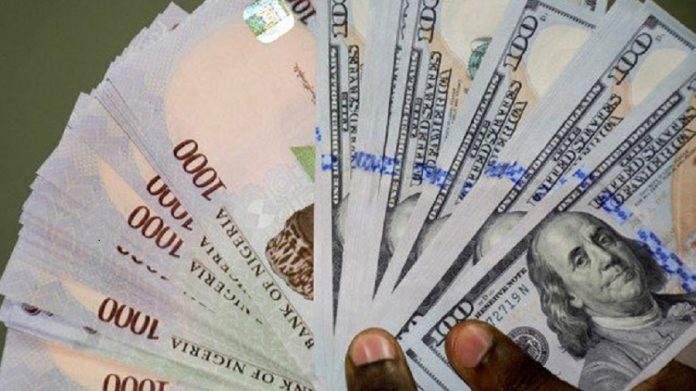 Further crises in the Nigerian foreign exchange market seem to have emerged following a massive depreciation of the Naira in the black market while the Central Bank of Nigeria, CBN, was rolling out policy to stop both inflation and exchange rate instability.

As of yesterday, the local currency crashed to between N730 and N740 to E-commerce in the black market.

One of the black-market operators in Yaba, Lagos, said buying price is now N730 while he can sell for N735 or more. Checks across other locations in Lagos also indicated a similar range.

Financial experts said the naira had weakened in the parallel market due to increased speculations, falling external reserves, and low foreign exchange inflows.

Giving details on why the CBN raised the Monetary Policy Rate (MPR) the Director of Monetary Policy, Dr. Hassan Mahmoud, explained that in the current economic situation in the country, with the rising inflation rate, hiking the interest rate was the best decision to curtail it.

He said, “In the last 17 months or so, inflation has been going up but we didn’t jack up the rate until we felt that we had to act to tackle the trend.

“A lot of those funds standing idle. The banks are not lending the funds and as such impacting negatively on our Foreign Exchange market.

“It will also impact the Foreign Exchange market and when the Naira depreciates, so also will increase the inflation rate. Besides, it will make our economy unattractive to foreign investors to bring in their money.”

Speaking on major factors responsible for the rate hikes in the dollar to naira, the Vice President of Lagos Chamber of Commerce and Industry, Gabriel Idahosa, said that the immediate cause of dollar rate increment was the new Monetary Policy Rate of the Central Bank of Nigeria.

“The immediate cause of the dollar price hike is the increase in the Monetary Policy Rate from 13 percent to 15.5 per cent announced by the Central Bank.

“Lending rates by banks and other financial institutions will rise following the MPR hike. This will lead to a further rise in the cost of operations by all businesses, aggravating the rising inflation. This has triggered further demand for dollars to avoid more decline in the value of any funds held in naira.”

According to Idahosa, the commencement of elections also meant that a lot of funds had started pouring into campaign-related activities.

“Beneficiaries of these spending will be converting naira funds received to dollars as fast as possible.”