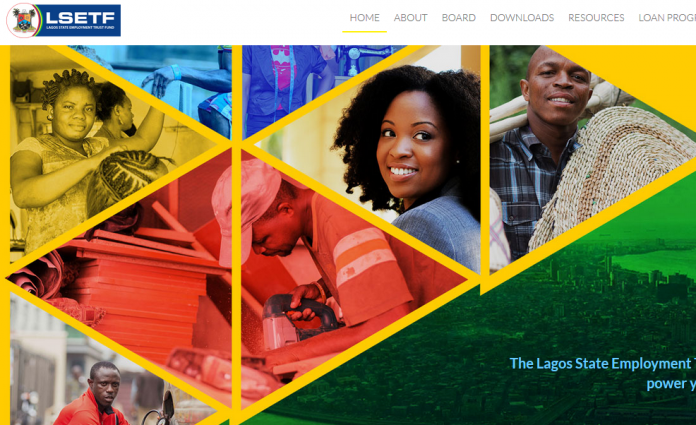 The Lagos State Employment Trust Fund (LSETF or the Fund), was established by The Lagos State Employment Trust Fund Law 2016 to provide financial support to residents of Lagos State, for job, wealth creation and to tackle unemployment. LSETF serves as an instrument to inspire the creative and innovative energies of all Lagos residents and reduce unemployment across the State. The Fund has the mandate to directly invest N25Billion in helping Lagos residents grow and scale their Micro Small and Medium Enterprises (MSMEs) or acquire skills to get better jobs.
The Fund will deliver primarily through its partners and will leverage their experience & capabilities to achieve its goals.
LSETF will focus on promoting entrepreneurship by improving access to finance, strengthening the institutional capacity of MSMEs and formulating policies designed to improve the business environment in Lagos State.
The Fund expects to create 300,000 (Three Hundred Thousand) direct and 600,000 (Six Hundred Thousand) indirect jobs within three years, by supporting at least 100,000 (One Hundred Thousand) MSMEs.
The Fund will use various interventions to boost job creation in Lagos State, energize the Lagos economy to boost the states production, support various initiatives designed to make Lagos a preferred investment destination and support Lagosians seeking to start or run their businesses and unemployed Lagosians who lack the skills to take existing jobs.
Also read:  The 'TLIG Review Show' Interview with H.E. Dr Abdulla Almandoos - The Consul General of UAE in Lagos
The pilot scheme has ended already and information reaching us had it that it has been extended till 12th of January as seen on their social media pages.
The link to download the form: http://lsetf.ng
- Sponsored -

Misconceptions of a Business Plan

8 Things You Need to Do WELL If Your Startup Must...

How to Setup Bulk SMS Business in Nigeria – Step by...