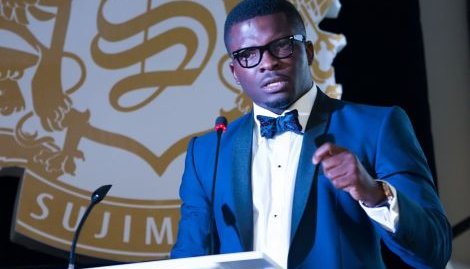 I never had a rich aunty or a powerful uncle. I was not born rich but my mother always told me that if I go to school, work hard, and stay committed, I would be able to build a successful business. Life experiences taught me that my location will NOT determine my allocation and that no matter where I am or how hungry I become, I shall overcome. It is important to associate myself with people who I can learn from; success driven people, not constant complainers. 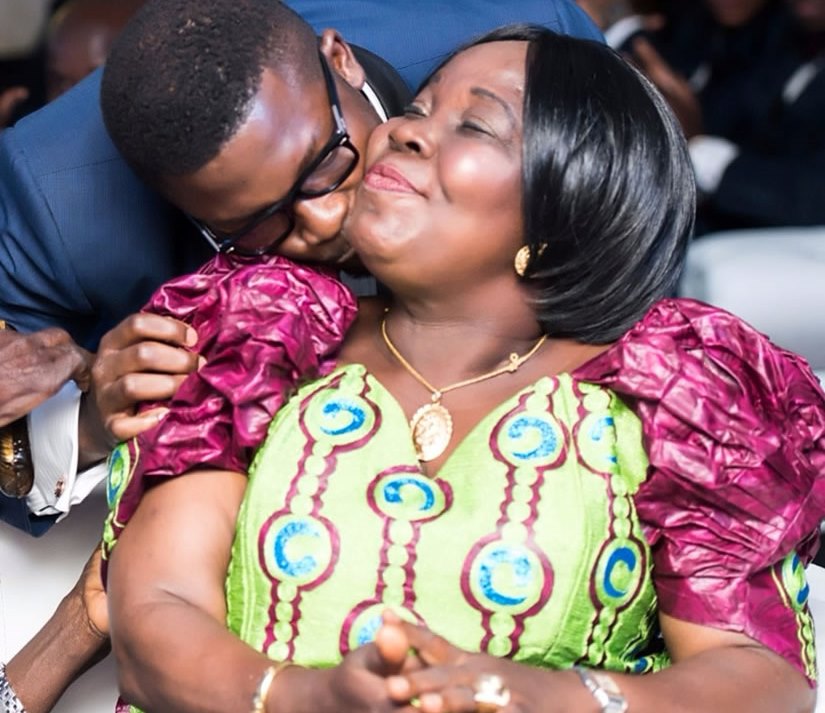 Growing up, I learnt not to be independent but also resilient. I had to set high goal for myself because I had seen too many people make bad choices that led them to fail in life.

I had a cousin who was very brilliant. He had the best girls in the neighborhood, best grades in school, but was caught up in gambling. His gambling addiction became so bad he even gambled with money that my Mum had set aside for her business and lost it.

One Christmas I will never forget, I went to Mandillas, one of the most popular markets in LAGOS ISLAND, and spent all my savings on a beautiful shoe. I loved the shoe not because I got it at a discount but because it was the Moccasin of that season. Only my elder brothers friends had them. But there I was, 5 years younger than them with a pair of big boy shoes. 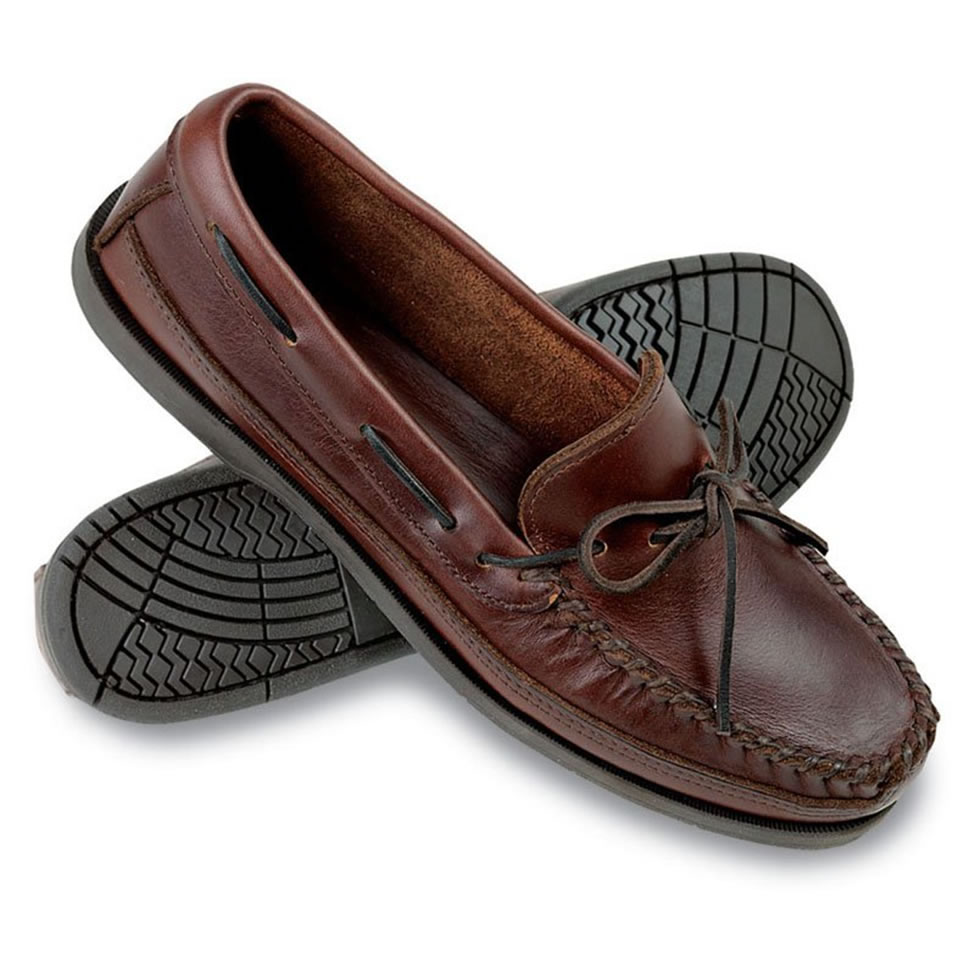 I couldn’t wait to rock my brand new big boy shoes with my big boy outfit a V-neck Polo by Ralph Lauren, which I had hung specially in the room I shared with my elder brother and my cousin. I was on top of the world and couldn’t wait for December 25th to stroll on our streets in my expensive shoe and designer clothes.

Then, suddenly, I woke up on Christmas morning to find my precious shoe missing! Where are my shoes? After hours of searching, my gambling cousin came in dejected and nonchalantly told me he had taken my shoes to the gambling table early in the morning and lost them. 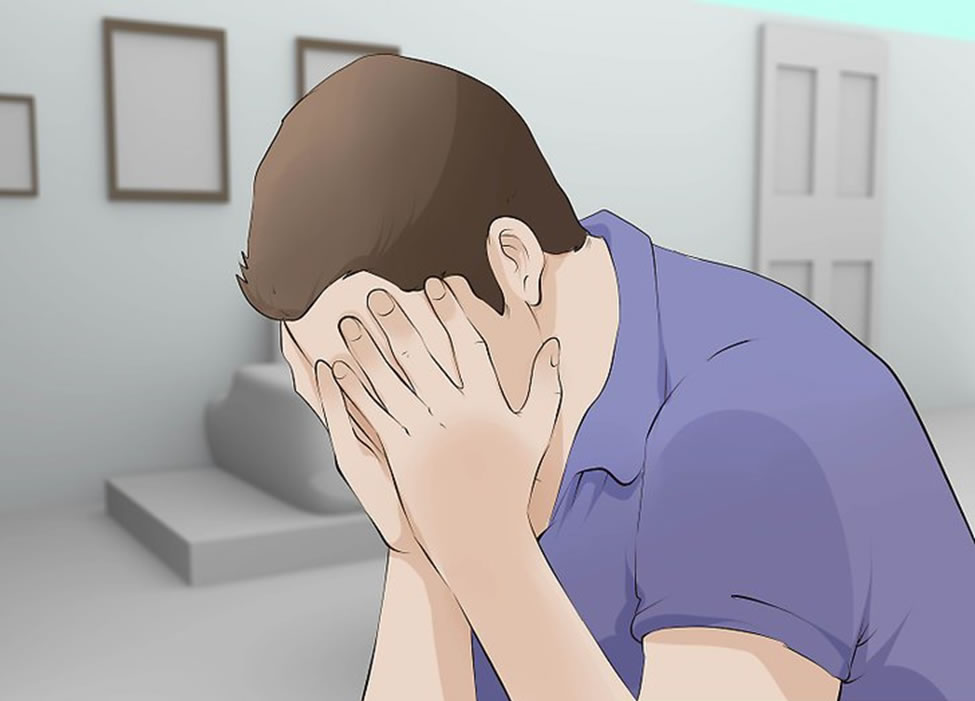 I was shattered. Disappointment washed over me like a great tide as I realized that telling my mum would never bring back my favorite shoes. Shoes I never got the opportunity to wear and show off in them to the world even once. I didn’t want to be a rat but I learnt a vital lesson at the age of 9, to never put myself in a situation where gambling would take over my life, making me a slave to money. I decided that day that money would always be my slave and it would work for me along with its children and grandchildren. 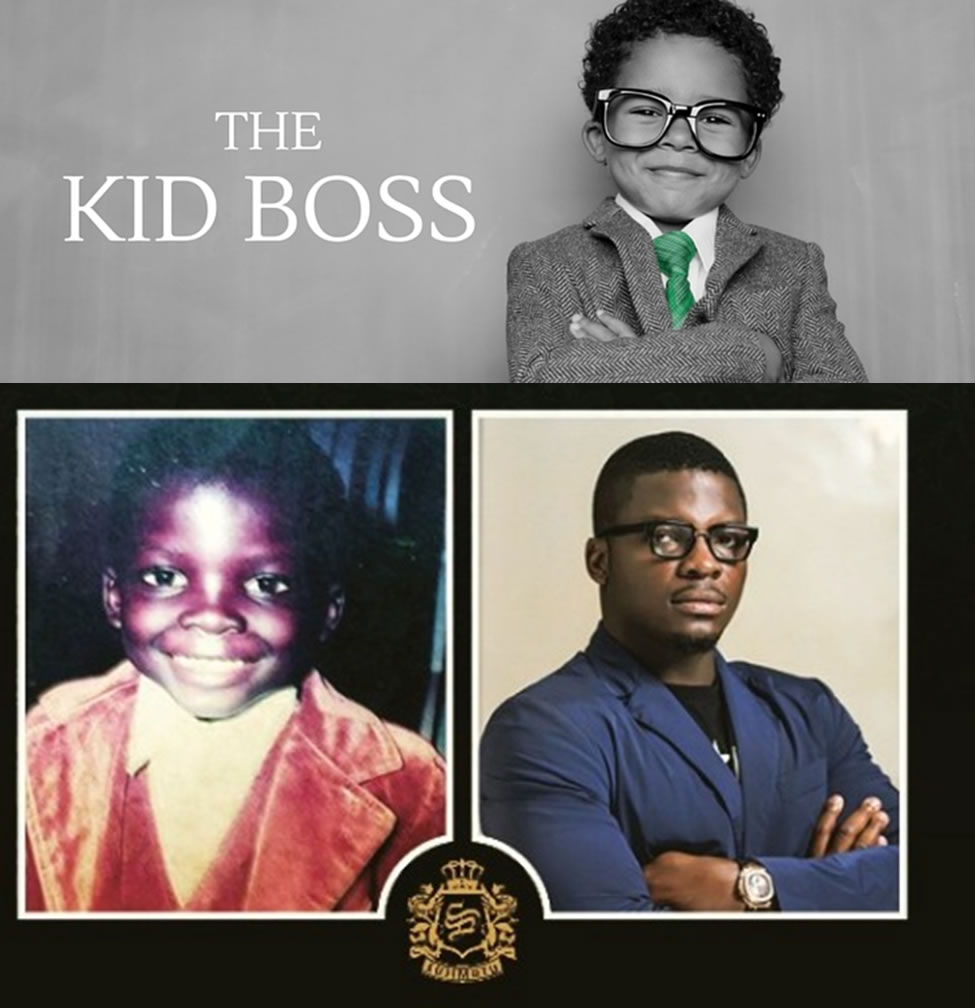 I wasn’t the perfect kid. I was stubborn, got suspended from school numerous times, created an extraordinary school business, such that if anyone wanted anything done in school, I was the main man to talk to for assignments, trades, love letters, parties etc. I’m not proud of some things I did, but these experiences have taught me a lot and brought me to where I am today.

Also read:  5 Critical Things You Need To Convert Your Ideas To Business

Whenever things didn’t go well for me, I was quick to blame the rich. I felt life was unfair and I was being punished because my father wasnt rich and my aunty wasn’t a Commissioner. I blamed my parents for not being able to afford the latest Nintendo Games and was jealous of my friend Niyi, who traveled abroad for the summer holidays while my holiday was spent in Oke-arin, one of the biggest markets in Africa, helping my mother sell and carry boxes of Milo to get paid 50Naira at the end of the day. 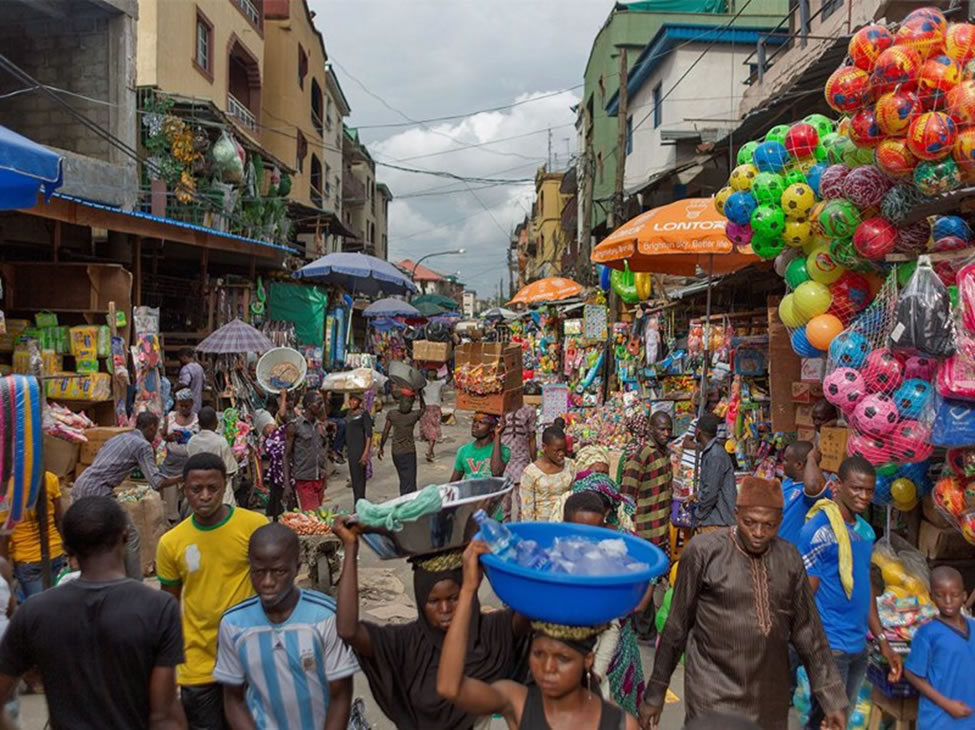 I became close to the owner of the shop right next to my mum’s, Uncle Emeka. He taught me that what looked like failure was actually a foundation for resilience and success. From an early age, I began to understand that there should be no room for excuses in life because excuses are tools for incompetent, lazy people who blame others for their own shortcomings. 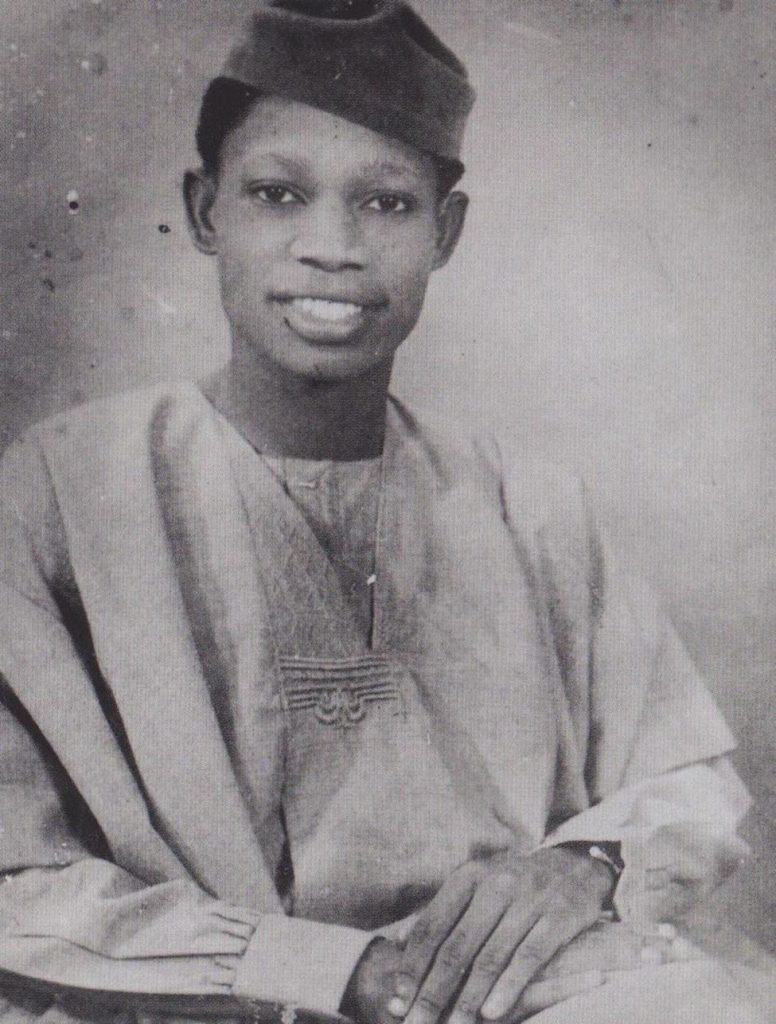 I decided to learn rather than cry. I stopped crying not because I was not able to eat meat 7 times a week, but because I had decided to change my tears into plans. I had come to realize that the future belongs to those who take their destiny into their own hands. If a man who came from Abeokuta to Lagos, sell charcoal just to fund his education could succeed in becoming THE RICHEST MAN IN AFRICA, then nothing is impossible. After all, my life wasn’t that bad, I had it better than many others. Besides, if you don’t know where you are going, any road will take you there. 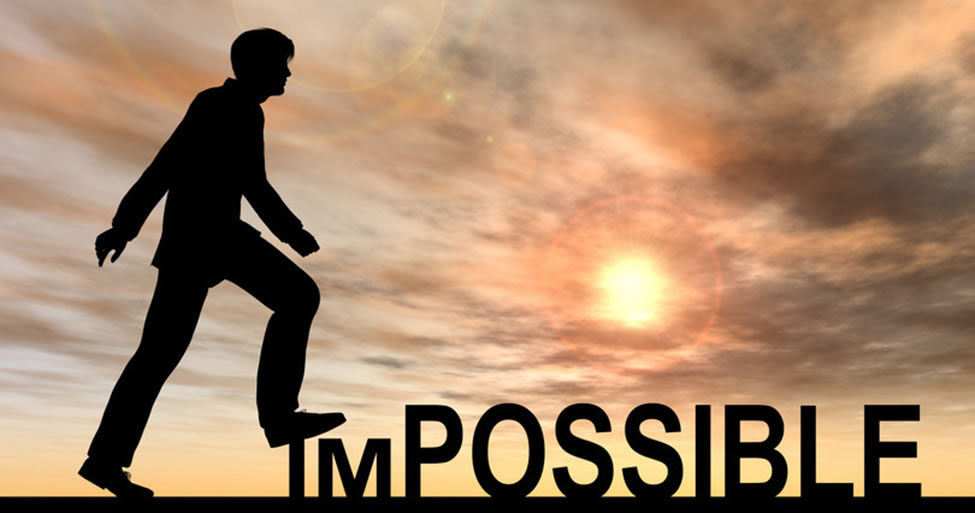 In Nigeria’s hyper fast, hyper competitive environment, success isn’t necessarily determined by your background but your backbone. That is why an Urhobo man, a strong son of Agbara-Otor, was able to come to Lagos and revamp the fishing industry while also venturing into other smart entrepreneurial projects, that made him one of the wealthiest men in Africa who sat with kings and queens all over the world. I knew that excuses are only for the weak, and not the competent. If our grandfather’s generation could go through hardship, with no internet, no computerized business plans, no globalization while taking advantage of their society to create success out of struggle and rewrite their story, then I can work hard and make it in life.


Nobody cared much about how tough my upbringing was. Nobody cared if I didn’t eat or if I didn’t have the best education in a private school, or if my summer holiday were in Lagos Island instead of London Mayfair. I always reminded myself, that since my mentors managed to overcome intense hardship and could translate their pain into gain then I could overcome every obstacle as well.

I saw successes pass me by every time I tried to do something. I realized that in today’s world, people like me weren’t going to be handed a seat at the table easily. I didn’t have a plan B, no inheritance to depend upon. I had only one choice, and that was to work twice as hard as anyone else. I knew I had to explain and prove myself at every corner. 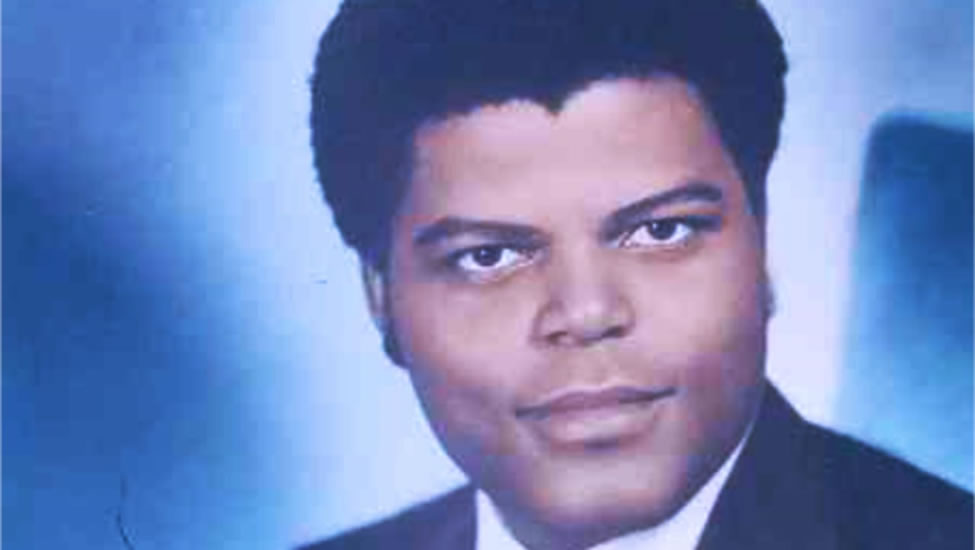 But I was motivated by MKO who recreated his life from poverty to success, and Chief Olorugun Ibru, who challenged his family’s status quo, and went from growing up in missionary worker background to creating missions that will re-shape the visions of his generation. I was determined to go the extra mile, and strive to do things so well that no man, living and dead, and no man yet to be born, would do it any better. This is the Sujimoto life mission.

I’ve traveled all over the world but, I decided to come back home to Nigeria; the biggest ground for uncommon businessmen, where the Lebanese man starts off as a Trader and becomes a Billionaire; or the Indian starts as a Storekeeper and becomes a Manufacturer. And yet, I see young men from Anambra, Oyo and Kano complaining and blaming the government, or the society, for their upbringing. Developing a silent hate for the rich instead of creating a mission to follow and learn from them.

This is a vital time in the history of our nation, where the youth needs to wake up, and realize that our biggest asset is not in oil (who oil help, I stand to say I have never benefited from Nigerian oil I pay for my own water, light, security and transportation), our biggest asset is our minds and our capacity to transform our potentials into reality. Keep striving guys, Stop complaining!! 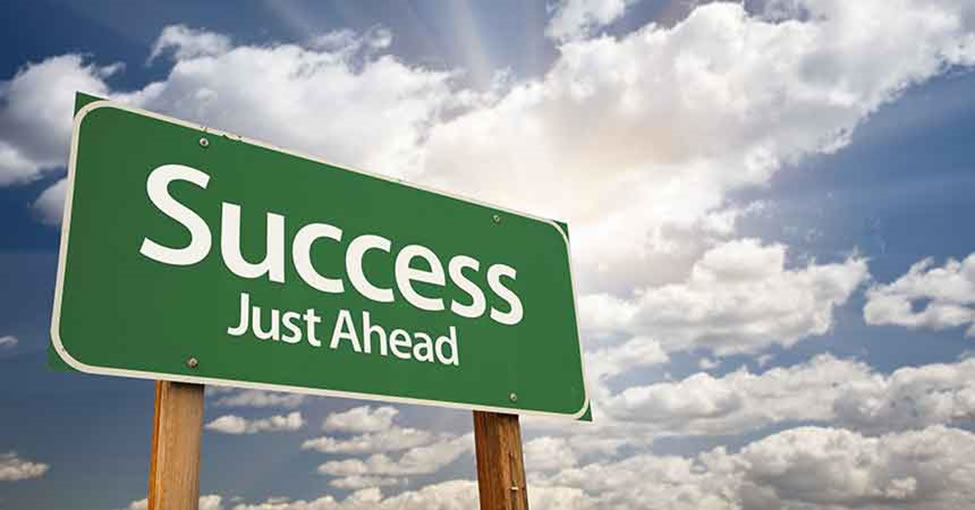 If you stay hungry, if you keep hustling, if you keep on your grind and energise your friends and people around you, then, you will see that success will be yours.

I love sharing stories about how I grew up and the things I learnt on my way to the top. What did you learn from this story and how do you intend to change your mindset from complaining to attaining real goals? Please share and comment.

Can You Leave Your Business for 3 Weeks and Come Back to Meet It Running Healthy?

4 Tips To Be A Successful Entrepreneur

Why Sterling Bank Created Alternative to PoS for SMEs

Before You Embark on Entrepreneurship, Read this…

Smart Things About That Lazy Employee You’re Not Seeing :)

Tough Situations You Will Face as an Entrepreneur

5 Critical Things You Need To Convert Your Ideas To Business

How to Start a Construction Cleanup Service as a Business

How to Quickly Come Out of Debt in Your Business

ABOUT US
SME Digest! is Nigeria foremost platform for Business Articles and News. Do you need to Grow or startup a Business? Then read SME Digest regularly.
Contact us: info@smedigest.com.ng
FOLLOW US
© Copyright 2015 - 2022. SMEDigest Africa!
MORE STORIES

WHY INVESTORS WON’T INVEST IN YOUR BUSINESS (1)