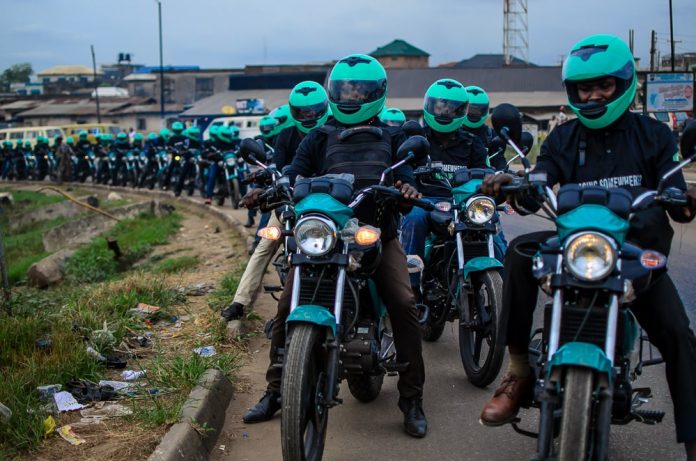 In what could have seemed stranged to many, thinking the fast thriving motorcycle business in Lagos – GOKADA, was an idea of a Nigerian or as most expected, a Lagosian, permit me to burst your bubbles that it is so far from it – yea, very far.

On discovering this, I almost felt like crying and thinking, what are we doing with our cerebral in this part of the world to think this idea will be founded and established by a total stranger!

I mean, we faced these challenges everyday ourselves, on a daily basis, to be good enough to have thought this through but here is Fahim Saleh all the way from Bangladesh, the real founder and originator of GOKADA. I admire his courage towards taking this feat. That is a good exhibit of an Entrepreneur.

It was the Summer of 2017, right on the heels of Pathao’s multi-million dollar Series A funding. The company I had co-founded and had invested in was now worth nearly $100M. I had always attributed raising capital as a distant achievement that would take more experience to obtain. But here I was at thirty-years-old — with shares in a three-year-old company that were worth more value than all of the revenue I had generated in my past thirteen-years of entrepreneurship. It was a surreal.

By this time, I had already decided to stay in New York rather than join Pathao full time — it was a good time to sell a portion of my shares in the company. After a few secondary transactions, I was sitting on a pretty significant pile of cash. I could have done what any rational human being would do in such a situation — put a portion in a low risk mutual fund, buy some real estate, and get a Lamborghini! Yet. None of that really interested me. The question, “Could I do this again?”, kept reverberating in my head. But where? I went to what many turn to when they perform in-depth business analysis — Wikipedia.

What I needed was a country that had intense traffic, a large population, a readily available supply of motorcycle taxis, and little competition.

First I went to the population charts. India, China, Indonesia, etc.. had too much competition. The States didn’t make sense. Brazil, potentially but not enough motorcycle taxis. Nigeria came next and piqued my interest. I started googling keywords such as “nigeria traffic” and “nigeria motorcycle taxi” and read headline after headline of the millions of lost hours from traffic and the dangers of the current 8 million “okadas”, the name given to the local motorcycle taxis.

The only competition dabbled in transportation, instead mostly focusing on package delivery. This had potential but I had no idea about the country. The only context I had of Nigeria were emails of promised riches from deposed princes. I had to see it for myself. I got my visa and packed my bags for my first visit in the fall of 2017.

Walking into the airport, I must have handed out $50 worth of extraneous fees but I had landed. Roaming around the streets of Lagos, I saw gangs of seemingly unruly “okadas” on the side streets with customers approaching them to negotiate the fare. They were everywhere. I had my market.

I returned to New York certainly uncertain of this new Nigerian venture. As I told people about the idea, skeptics were abound, and I was one of them. Then there was one faithful night that solidified my resolve. I was hosting a networking event and as I was telling a friend about the idea, an inebriated ex-colleague who I had a rocky relationship with came up to me and said:

“What makes you think you can do this in Nigeria? You couldn’t even stay in Bangladesh and you have friends and family in Bangladesh.”

“We’ll let the numbers speak for themselves,” I replied as I walked away. The proof is in the pudding. I was going to prove to everyone and most importantly, prove to myself I can do this.

I needed a name. Names always came easy to me. Okada.. okada.. okada.. Gokada.. ok that was easy. Now I needed a team. Was I really going to Nigeria, a country where I knew basically no one and setup shop alone? I didn’t have time to live in Nigeria for a while like I had in Bangladesh and network to find people. I had to use my online network. So I made this faithful post on LinkedIn:

At first, not many responses. A comment here and there. Some tags from my friends. But then something started happening. The post skyrocketed in popularity but not for the reason you would expect. I asked that team members be educated abroad, a combination of what investors wanted and a more worldly view I believed the person would have. Nigerians didn’t like that.

I was thinking about taking the post down until I realized this bad PR had a side effect — exposure. Although I received a lot of hate, I also reached more people that were receptive to my message.

This is where I happen upon Deji. After interviewing Deji on Skype and a few other individuals from a company called Delivery Bros, I decided to visit Nigeria again to check these guys out for real.

They were surprised I even showed up. After some chats and dinners, we decided to get the team going. The starting Gokada team was born.

And Deji’s friend got paid! See people, not a scam!

We started off with humble beginnings in an old office with just one room. Deji at the time was still working at Jumia, so he had a month to go until he would join us full time.

We started recruiting drivers and held our first driver test..

By January 2018, we had our first official campus where we lived and worked dubbed “G Campus”.

From there, we hired more people, more people moved in. We had ups. We had downs. The specifics of that for another post. But today, I’m happy to announce we’ve raised our $5.3MM Series A led by Rise Capital.

How to succeed as an Entrepreneur, by Richard Branson

What Every Aspiring Entrepreneur Should Know