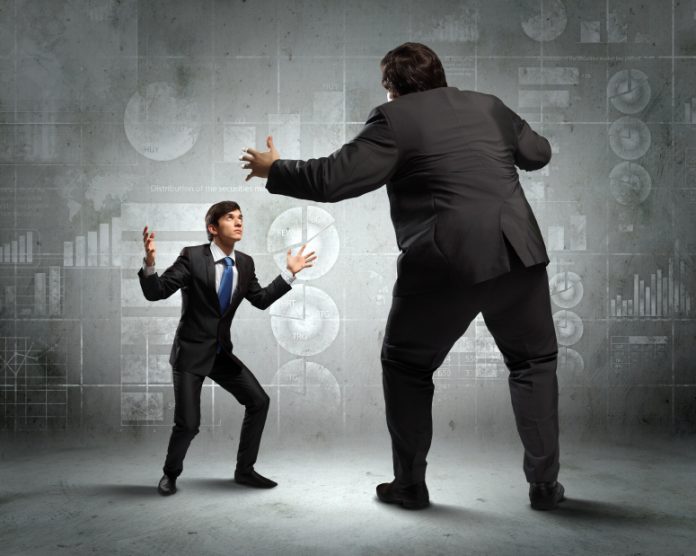 There was once a rabbi who was revered by the people as a man of God. Not a day went by when a crowned of people wasn’t standing at his door seeking advice or healing or the holy man’s blessing and each time the rabbi spoke, the people would hang on his lips, drinking in his every word.

There was, however, in the audience a disagreeable fellow who never missed a chance to contradict the master. He would observe the rabbi’s weaknesses and make fun of his defects to the dismay of the disciples, who began to look on him as the devil incarnate.
Well, one day the “devil” took ill and died. Everyone heaved a sigh of relief. Outwardly they looked appropriately solemn but in their hearts they were glad for no longer would the master’s inspiring talks be interrupted or his behavior criticized by this disrespectful heretic.
So the people were surprised to see the master plunged in genuine grief at the funeral. When asked by a disciple later if he was mourning over the eternal fate of the dead man, he said, “No, no. Why should I mourn over our friend who is in heaven? It was for myself I was grieving. The man was the only friend I had. Here I am surrounded by people who revere me. He was the only one who challenged me. I fear that with him gone, I shall stop growing.” He said these words, as he burst into tears.

One of the biggest temptations leaders of successful SME organisations face is to stop thinking big. After a taste of success, even the best and brightest leaders suddenly start to think complacently. When a company gets on a roll, some leaders tighten up and start playing it safe. They stop playing to win and begin playing not to lose. Where they once thought big and new, now they think incrementally. The same temptation traps individual & entrepreneurs, the temptation to stop dreaming big after a taste of success. What most people forget so soon is the fact that, it was their dreams that inspired them and caused them to scribble ideas on the back of envelops, bore their friends to death, frustrate their bank managers with ideas that seemed impossible but now their businesses are established. Their friends may admire them, and their bank managers may send them diaries at Christmas, and now, they have stopped dreaming. They are now administrators. What they fail to realise is that anything achieved is a past glory. Stephen R. Covey said it best when he stated that, “Nothing fails like success.“

Also read:  Wondering Why Your Business Growth is Retarding?

Let me give you three strategies that will keep your momentum moving from Small to Medium and from Medium to a Big Corporation.

1) Go for Better Than YOU!
If you are the smartest person where you are, is time to go shopping. As the smartest person in the current level where you are, you have exulted everything there is, so is time to look for people who are better, bigger, smarter and faster than you. Because to continue to stay in a place or level where there is nothing to inspire you, is to consciously subscribe to boredom. I did this as a young man, I grew up amongst people who could hardly speak good English. Instead of me being content as one who’s a little better than his friends who could hardly make any correct sentence in spoken English, I started making friends with people who can hardly make a complete sentence without them correcting my grammar construction or correct my words pronunciation. It was an exercise in humility; but I immediately realised the way to refocus wasn’t to compare myself against everyone I was beating, but to compare myself with somebody better than I was.

2) Create Enough Discomfort
Develop a mind that labels anything achieved as being obsolete. This is not an advise to not be appreciative of the good work done by your workforce, but rather a discomfort and creative approach to always better what ever your past success may be. Never build a monument around what you’ve achieved, rather build movements. The very day any SME operator ever say that, we have arrived; we are on top, that will be the day he will fix himself in the most dangerous position because it is in that precise moment of complacency that the winds of change tends to blow. So never be comfortable with good, because good is the enemy of great. Businesses that have moved from being SMEs into Corporations were never comfortable as SMEs for once.

If you’re a manager who concentrate more on holding your own than moving forward, then it’s time to seize the offensive. Don’t settle for what conditions force upon you. As Marcus Buckingham says, “The only thing that leaders have in common is; leaders break all the rules”. Great leaders don’t just buy into what everybody else is saying, and they don’t follow the beaten path. Great leaders are constantly creating their own conditions for success by blazing new trails.