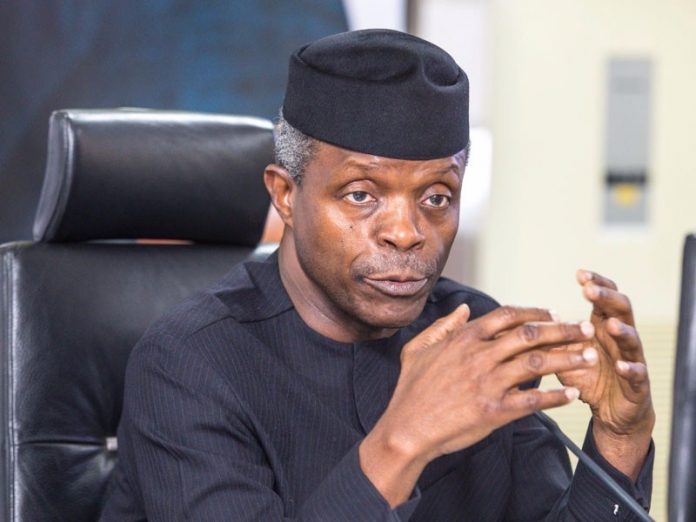 The Federal Government has approved a 90-day special window for Nigerians to register their businesses at a reduced cost of N5,000. This was disclosed by the Vice President, Prof. Yemi Osinbajo.

In a statement released by Laolu Akande, Osinbajo’s spokesman, Osinbajo was quoted to have made the announcement at the launch of the 19th edition of the Micro, Small and Medium Enterprises (MSMEs) Clinics in Enugu.

According to Osinbajo, the special window which will only last for 90-day has commenced on Monday, October 1, 2018, and is expected to last till Monday, December 31, 2018.

Osinbajo made known that the special window, is to further ease the process of registering MSMEs in the country.

Also read:  What is your Identity?

“It was observed during some of the earlier editions of the MSMEs Clinics that a lot of MSMEs were finding it difficult to register their businesses as a result of cost.

“So, I am pleased to announce that the Federal Government, through the Corporate Affairs Commission, has approved a special window of 90 days from Oct. 1 to Dec. 31 to register businesses at a considerably reduced rate of N5,000 only, down from as much as N10,000 previously. This will afford more MSMEs an opportunity to formalise their businesses.”

BREAKING: How To Upgrade From BUSINESS NAME To COMPANY Incorporation

How To Register A Business Name

How to Register your Business In Nigeria