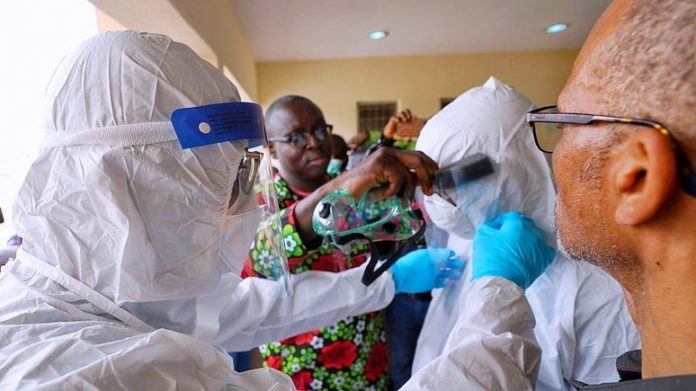 As the on-going COVID-19 pandemic continues to develop, recent statistics as at the last 24 hours according to World Health Organisation had it that globally, the confirmed cases of those affected with COVID-19 are 179,111 and the death rate has reached 7,426. In Africa alone, there has been 228 confirmed cases and 4 deaths.

Situation report is getting critical by the day and businesses are not left out.

The five biggest tech firms, Amazon, Apple, Alphabet, Facebook and Microsoft lost a combined $416.63 billion in value as the markets continued to crater on coronavirus fears and economic uncertainty.

Businesses in China, the origin of this disease has been badly hit as well. Business activity almost ground to a halt as tens of millions of people were forced to stay at home amid strict travel restrictions while many restaurants, malls, and movie theatres remained closed, even as some provinces lifted curbs.

Back to home, so many small businesses have been affected by this pandemonium. When Triciabiz, a business sensitization on Instagram posted requesting how the situation has affected businesses, a whole lot has this to say;

Hairbyojay said her hair has been stucked in China for weeks; Midefoluwa said, materials are now very expensive as people are using corona as excuse for hike in prices; Accessoriesbycm has now decided to take her product by herself to customers’ home, bypassing the service of logistic companies cos of fear of the disease.

For Doyenpharmacy, the scenario was different; while they’ve stocked a whole lot of face masks which has been in high demand since this outbreak, they said theirs are not selling as expected as there is now Made-in-Nigeria version which is way cheaper. Can we now say this pandemonium is waking up the creative ability of Nigerians? Well, let’s expect more creativity before we can conclude on that.

In midst of all of this, kindly stay safe, ensure to wash your hands regularly with soap from a running tap and also sanitize as well.

How is business going from your end? How is this affecting you? Share your experience with us using the comment form below.