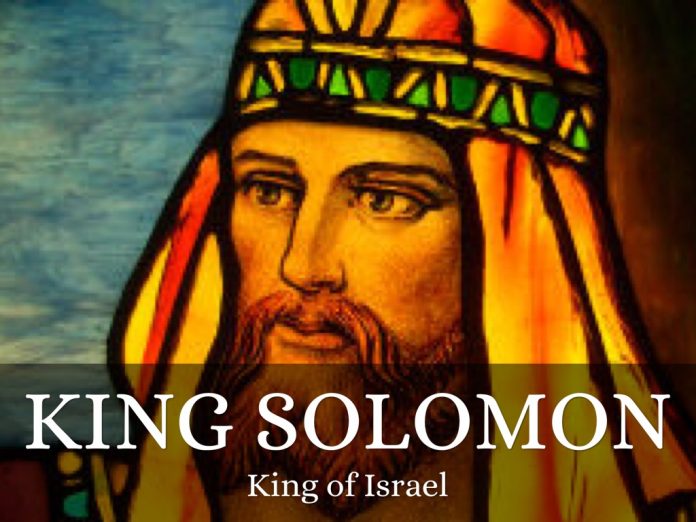 From a young age, he knew that, in order to set himself apart from his peers, he had to seek wisdom over fortune, knowledge over fame, and understanding over power. He knew that, if he sought wisdom and knowledge, fame and fortune would come.

King Solomon clearly understood the benefits of wisdom, a few of which are captured below:

2. Courage—King Solomon was brave, even for a young boy. Some scholars speculate that he was about 15 when he assumed the throne. Not letting age deter him, he immediately solidified his rule by getting rid of his brother and general, both older than him by 40 years, for attempting to usurp him because of his age. He also dealt with hostile neighboring rulers, who saw him as easy prey. Not one to shy away from taking risks, he spared no expense in expanding the kingdom’s military and infrastructure. He took risks that leaders ten times his age would have thought twice about taking. King Solomon preferred to face his challenges rather than run from them, his courage allowing him to achieve great things.

3. Character—In order to succeed in business and life, people have to trust you—and in order for people to trust you, people have to have faith in your character. King Solomon built a reputation as a virtuous man; all throughout his realm and yonder, he was known as a man of honor. This also inspired the loyalty of his subjects. Too afraid of lesser men taking his place, they kept him in power for as long as they could.

4. Generosity—King Solomon gave a lot of his wealth away, investing a significant portion of it in public works. A good number of his celebrated wise sayings point to the fact that he was a practitioner of great generosity. Why?

5. Excellence—King Solomon was a teacher and practitioner of excellence. His building projects, especially the Jerusalem temple, were ancient wonders. People came from all over the world and were left in awe, furthering his fame and glory.

His writings, all literary masterpieces, have lived on; scholars, sages, and saints continue to study him. Two thousand years after he penned The Book of Proverbs and Ecclesiastes, the maxim “as wise as King Solomon” has endured, a true testament to his remarkable diligence.

The benefits of spirituality include: