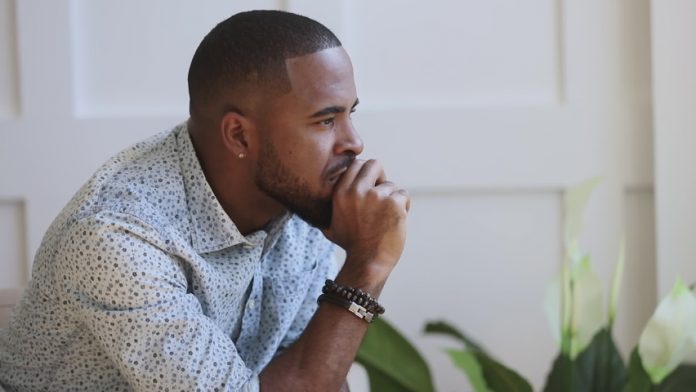 The lines fell in good places for him and he hit it big quite early.

A beautiful wife that adored him.

He was only 36 but he wanted more out of life. He looked at his friends and they seem to be richer and more confident. He marveled at the way they struck deals and go after results. He decided to approach one of them for answers and to commit himself to whatever they were doing.

His friend told him of a certain old man that helps him, but it will require plenty of sacrifice.

He said he was ready.

So they drove into the thick of the forest to meet him in a tiny, smelly, wretched hut.

The old man who seem not to have had his bath for days told him to go fetch his wife’s urine, that her health has to be sacrificed.

He told him that his wife will be struck with a strange ailment, that the more sick his wife gets the richer he would be but that his wife won’t die but will suffer.

Blinded by his greed for more wealth he devised a plan to get her urine. He lied to her of trip to a certain exclusive European island that required blood or urine samples before admission but he preferred urine.

He had his own urine ready and required hers and that of their kids. He promised that the exclusive island is where they would spend their next holiday.

The wife was curious but he told her she won’t find the island on the map that its only meant for the rich that people’s health status were considered before admission in other not to pollute the place.

She fell for it.

That day, he drove to the old man’s hut and presented her urine. The old man made some incantations, poured the urine in a tiny clay pot and put on fire.

“Congratulations young man, you are now rich. I want you to attempt bigger things, go for bigger deals, build bigger houses, be more focused, put in more time into your work because the gods have accepted your sacrifice.”

“You can’t think small anymore because doing that will void this sacrifice”.

He thanked the old man and attempted to give him money but he rejected it. “It’s an abomination for the gods to collect money, all the gods want is a show of gratitude when the wealth starts rolling in”.

True to the old man’s advice, he started attempting new deals and enlarging his coast. He went for bigger deals and more money came in.

Filled with more confidence he spoke well in his presentations and started attracting international partners who saw potentials and somebody they could trust.

He drove to the old man’s hut to show gratitude but the hut was gone. He ran to his friend to tell him about the disappearance of the old man and his hut.

They both drove to his friend’s house, as he made an attempt to sit he saw an old man that looked like the one he met in the forest.

The old man laughed, “Fear not, I am the one but I’m not what you think. I’m your friend’s father”.

“Your friend told me about your desire to become richer that’s why I told him we should try this little experiment.

Your wife won’t fall sick because what I did was nothing. I only did that to strengthen your faith because we humans need something out of the ordinary to inspire faith and confidence.

Its that little stuff that made you attempt bigger deals and think big. It filled you with more confidence and made to dare the impossible.

What I did was nothing.

You need to go home to ask for your wife’s forgiveness because you have betrayed her trust in you”.

That night, he went home and wept before his wife, she was angry for days but ultimately forgave him.

My friend, the only sacrifice you need is to think big, be more confident, go for bigger deals, work harder, lengthen your cords and strengthen your stakes for you will break forth on the right and on the left….

Make that part of your decision this year and see it come to reality!

Avoid Making These Mistakes As Your Business Grows…

This Mindset is Required for Your Personal Growth

These 7 Steps Will Grow Your Business Online in No Time