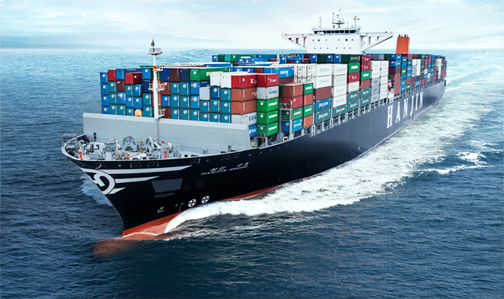 Nigerian agric entrepreneurs can still take advantage of the Africa Growth and Opportunity Act (AGOA) to make money from exports as the United States government extends the AGOA policy with a top government official advising on how to tap into the opportunity.

AGOA gives exports from Africa, especially agric products some favourable considerations just to encourage and support them. But Nigeria has been lagging behind in taking advantage of the opportunity, thereby accounting for just about $9 million out of $2.7 billion total exports in 2017 under the scheme, despite the fact that Nigeria is the second largest economy in Africa.

To enable agric entrepreneurs take advantage of the scheme, US State Department’s Acting Director for Economic and Regional Affairs, Harry Sullivan, has urged non-oil exporters to identify consumer preferences and regulatory standards in their target markets to improve market access.

Sullivan said private sector operators must have a clear understanding of the markets they are targeting.

According to him, the American market is a competitive and difficult to break into if an exporter does not understand the consumer niche and requirements.

“The main thing is that I think that theres huge potential in Africa. Theres also huge potential for African businesses in the United States. Its not easy, but I think businesses that have been able to take advantage successfully of the American market have benefitted significantly and I would encourage you all to promote AGOA among the private sector in Africa, and work with our trade hubs in order to make concrete opportunities happen.

“So, what the African Growth and Opportunity Act do is remove the tariffs from African goods, from 6,000 African products. And then it is up to the African businesses to take advantage of that, to research the market in the United States, to find out what American consumer preferences are in whatever business they are involved in, and then to build businesses from there. And breaking into international markets is difficult, but as we have seen with the growth of global trade, it is very, very possible.

“What we would like to see is since the African population will double by 2050, because there is a huge demographic wave of youth that is going to need jobs, we are hoping that Africa can be the next area that takes advantage of these opportunities in the competitive and difficult American market”, Sullivan said.

For nearly twenty years, US trade with sub-Saharan Africa has been facilitated mainly through trade preference programs, namely the US Generalized System of Preferences (GSP) and African Growth and Opportunity Act (AGOA), which provide preferential and duty-free treatment on thousands of products entering the US market.

The Trump Administration has signaled that these programs will remain a priority, and there is strong evidence that continued support for trade preference programs aligns with the broader US trade strategy. AGOA, which expires in 2025, will likely remain a cornerstone in US-African relations.

“So, we are thinking about how we can move the trade relationship between the United States and Africa to something that is more reciprocal. But frankly speaking, these are very early days, and the players are going to be different in 2025, so we are exploring how we can move forward with our relationships with African countries beyond AGOA”, he added.

Coconut Dealers to Earn N120bn from Export Market this Year