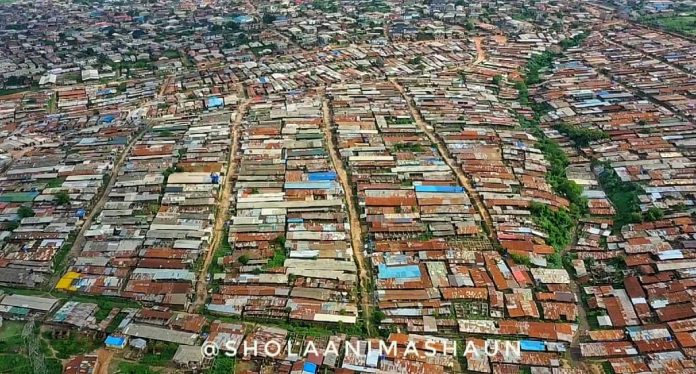 The African Farmers’ Stories, powered by Support4AfricanSMEs, in collaboration with Business Day Nigeria, Big Dutchman, Clarke Energy and other partners brings stories from farmers in Africa so that their challenges can be understood and long-term sustainable solutions can be sought.

As we continue to tell these stories, today we highlight the situation at Oke-Aro Agege, bordering Lagos and Ogun States where African Swine Fever has ravaged the OkeAro pig farm settlement, resulting in the loss of billions of naira worth of pigs and investments. African Swine Fever (ASF), a highly contagious viral haemorrhagic disease of wild and domesticated pigs is a known contributor to severe economic and production loss in pig farms. It was retrospectively first identified in Kenya in 1907 and can be spread via direct or indirect contact with infected pigs but is not a health risk to humans. Unfortunately, it has no vaccine or cure and must be controlled during an outbreak with classic sanitation measures, cleansing and disinfection, zoning control, surveillance and strict biosecurity measures.

The Oke-Aro piggery estate is located in in Giwa/Oke-Aro; it occupies overs 30 hectares of land with about 5000 pens, making it the largest pig farm in West Africa. It was established about twenty years ago by the Lagos State Ministry of Agriculture but is located in Ogun State and is powered by the National Directorate of Employment. The Oke-Aro Piggery Farmers Association has about 3,000 active members with each operating their own independent piggery within the settlement. The outbreak of such a deadly disease in the settlement is indeed alarming, and an indictment on the years of neglect from poor hygiene, absence of extension officers and poor supervision.

According to the President of the Association, It is estimated that the outbreak has resulted to over two hundred and fifty thousand pigs death worth and resulted in cumulative losses worth over 4.9billions of naira. Many farmers have lost their entire stock and the lockdown has unfortunately worsened the situation as some tried to quickly sell of their pigs to avoid total loss but could not easily access buyers due to inter-state travel restrictions.

Unfortunately, this tragedy has severely affected the farmers of Oke-Aro pig settlement, as four farmers have been confirmed dead while another thirty are currently hospitalised from shock and high blood pressure brought on by the inability to repay the millions of naira worth of loans taken out to support their farms. Most of these farmers have no insurance premiums, and many are watching their investments, some of which are backed by borrowed funds from development and commercial banks, go down the drain. They are calling for assistance to revive the sector and preserve human lives.

The situation has not gone unnoticed, with farmers taking to social media to lament the challenges the disease has brought about. Many fear the high mortality rates and complain that pigs are being sold at drastic losses for fear of death and to avoid total loss. Fully bred pigs weighing over 70kg are in some cases selling for as low as ₦1500. Other farmers joined in to cite their losses in other areas of livestock farming with Newcastle disease that affects poultry and can also result in total loss of investment.

The Oke-Aro tragedy highlights the importance of the African Farmers’ Stories campaign – to tell the important stories to attract investors and policy makers into the agricultural sector. Indeed, the time to support the African farmer and other entrepreneurs is now, as jobs and livelihoods are being lost. There is an urgent need for investors to address areas such as the recycling sector to recycle the waste from piggeries and to contribute to value addition to the pigs, extension services to support and educate farmers, and policy makers to ensure constant supervision of the standard of hygiene within the settlement.