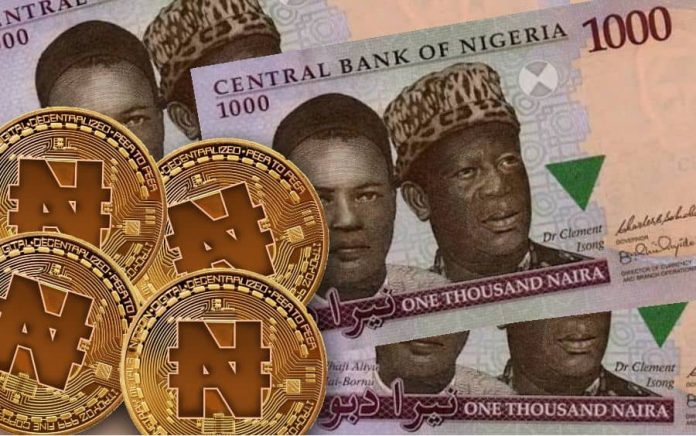 Q&A with Junior and Tunde: CBN and the eNaira by Babatunde Akin-Moses

Junior: Which one is eNaira again Uncle?

Tunde: The eNaira is a new digital currency that is being developed by the Central Bank of Nigeria (CBN). It’s not meant to replace the Naira but to complement it.

Junior: How is it different from bitcoin?

Tunde: It’s different because it’s a centrally controlled currency as opposed to the bitcoin that is decentralized. It is also a legal tender, meaning that it is officially approved by the CBN. Its value will be pegged against the Naira it won’t be as volatile as bitcoin.

Junior: How is it different from normal Naira in our bank accounts?

Tunde: The eNaira is a different currency entirely that will be in its own wallet. The money sitting in our bank accounts has to be backed by paper currency so it can be withdrawn in form of cash. eNaira will not exist in paper form at all, as payments will typically be made from wallet to wallet. eNaira has to be converted to regular Naira, which can then be withdrawn as cash if physical money is required.

Junior: Interesting. What are the benefits of this eNaira?

Tunde: Firstly, it will save costs on multiple fronts. The cost of printing money will be less for government, and people will spend less on transaction costs because wallet to wallet transfers are free.

It should also be possible for the government to credit citizens directly without any intermediaries. For example, Covid-19 stimulus funds could get to intended beneficiaries faster.

It will also give the government more oversight to monitor transactions in cases of suspected fraud and money laundering.

Junior: This sounds good oh! Are there any downsides?

Tunde: The major concern is privacy. A key question on people’s mind is: “will the government always know and have direct access to my money?”

Another concern is whether it will foster true financial inclusion. By October 1st, the eNaira will be rolled out for a pilot phase with 3 wallet types. While one of the wallet types doesn’t need its holder to have a bank account, the person will need a phone and an NIN at least. As at today, there are 56 million Nigerians with NINs and 49 million people with BVNs. So additional people that can be added outside the current banking system is limited to 7 million people for now. Then there’s also the limitation of needing a phone.

Junior: So when it launches in October, will I need to go to the bank to open an eNaira account?

Tunde: The CBN will be issuing speed wallets directly to users for the launch until the banks are ready to release theirs. But it is not trying to compete with banks. For the initial phase, the speed wallet will only be available for download to select users for testing purposes.

Junior: Thanks Uncle. Does this mean you’ll be buying me an iPhone 13 so I can get the speed wallet when its released?

Tunde: The day FFK sticks to one political party, is the day that I’ll buy you iPhone 13

CBN says it has Recovered N3.7trn from Intervention Fund Borrowers

Have You Registered for the CBN AGSMEIS Loan Yet? It’s Still Ongoing…