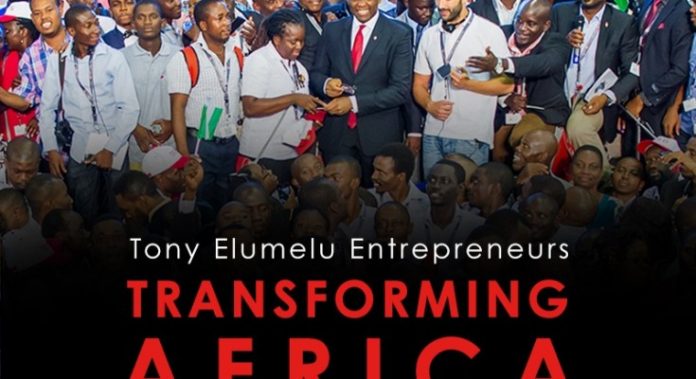 In a statement, Parminder Vir, Chief Executive Officer, TEF, said the film was shot in several locations across Africa, to tell the stories of “these amazing entrepreneurs who are transforming the continent in many ways”.

In the film, Arinze Eze tells the story of his journey from startup to manufacturing drones that support farmers in the rural areas.

Maureen Amakabane identified a need for sanitation in schools and now provides green toilets for schools in Kenya.

Also read:  How Access Bank is Supporting Entrepreneurs in The Education Sector

Edmond Noni from Sierra Leone revealed how he used his drone business to help the government during the mudslide crisis in his hometown and how he is currently helping other businesses with his service.

Vir stated: “With interviews featuring TEF Founder, Tony O. Elumelu, our partners and mentors and Tony Elumelu Entrepreneurs, this film promises to show you the new Africa and the potential of African entrepreneurs.”