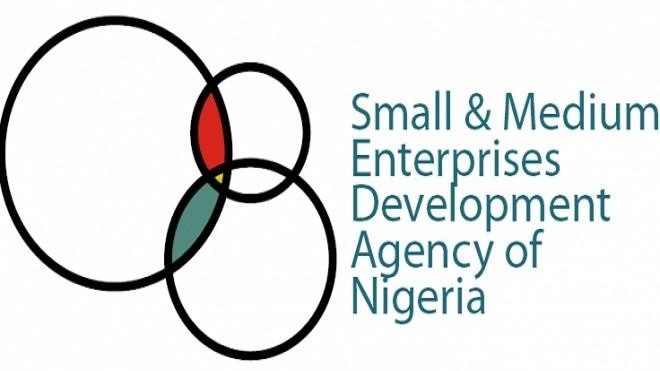 Speaking at the signing of Memorandum of Agreement with Candidates of Cooperatives and Micro Finance Banks on the Implementation of OLOP, held in Kano recently, the Director General of SMEDAN, Ummaru Dikko Radda said the project was to assist SMEs grow their businesses.

According to him, the major challenge that hinders the growth of SMEs was lack of access to loans from the CBN as a result of stringent measures introduced by the apex bank.

He explained that the purpose of introducing OLOP project, was to identify a single product in one local government area and assist the SMEs operators, in form of cooperatives with financial, technical and marketing support.

He further explained that SMEDAN would provide zero interest loan, which it facilitated from CBN, adding that the beneficiaries would pay 70 per cent back to the central bank and reinvest the remaining 30 per cent into their business.
“But there must be a NEEDS assessment for the program to be successful. We at SMEDAN, we shall provide machinery and working capital for the SMEs operators.

” This program was borrowed in Japan since 2004 but it is in 2016 that SMEDAN had implemented it with a view to help SMEs operators grow their business.
“Our duty is to guide you to grow your business and assist others grow theirs. We shall provide you with working capital, shares and machineries, ” he said
While congratulating the beneficiaries, he urged them to appreciate the federal government’s gesture by settling their debts as at when due.

The zonal coordinator of SMEDAN in Kano, Alhaji Ahmad Mohammad Madaki, said the one local government, one product programme was an initiative of SMEDAN.

He said the intervention being offered by SMEDAN includes workplace, working capital and machinery.
Madaki, therefore, urged small and medium entrepreneurs in the country to embrace the programme, with the goal of achieving the desired objectives.
The ceremony was graced by small and medium entrepreneurs from the north-western part of the country.

Heritage Bank, Afreximbank, Zamfara Seal Deal
Heritage Bank Plc, the African Export Import Bank and Zamfara State Government have signed a $1billion Memorandum of Understanding (MoU) agreement in the areas of mining, agriculture, water resources and others, which the bank is the banker to the project.

Another financial handler involved in the signing of the MoU was PAC Capital Limited, which is the investment banking arm of Pan African Capital Holdings, committed to facilitating investment activities and enabling growth across the African continent.

Speaking at the signing of the agreement in Abuja, the MD/CEO of Heritage Bank, Ifie Sekibo, was quoted in a statement to have said the win-win collaboration amongst the institutions would promote and fast track support that helps Zamfara explore its unharnessed resources for the benefit of its people and the nation’s economy.

According to him, the initiative would help unlock opportunities inherent in solid minerals and support efforts on local content promotion, facilitate industrial development and export development.
Sekibo, who was excited for Heritage Bank being involved in the partnership said, “it is a game changer that will drive formidable economic growth for the state government, serve as backbone to the economy through job creation, as well a way of cushioning the present economic situation.”

President/Chairman, Board of Director, Afreximbank, Prof. Benedict Oramah, said the bank was happy to be part of the partnership towards unlocking the abundant opportunities in the state.

He said “We had a very fruitful meeting with the delegation from Zamfara State led by the governor.
“In Afrexim Bank we are pleased that the leadership of Zamfara State has a clear vision. They have identified clearly the strengths of their state, the opportunities and what they need to unlock these opportunities.

“They have decided to take their own destiny in their hands, which is actually the foundation of the federal structure that we operate in Nigeria, that states should do all they can to maximise the use of the resources they have for the benefit of their people, so that collectively, we can grow the economy of Nigeria to become more that it is today.
“We also discussed how to support Zamfara State with regards to Animal Husbandry and production of beef using modern facilities.

“So, altogether, the investments we have discussed which we prioritise based on the speed of having to get them done amounts to about $1billion.
on his part, Zamfara State Governor, Bello Matawalle, who commended Heritage Bank for facilitating the funds, noted that the discussion commenced barely two weeks ago in Dubai.

“We started this discussion just about two weeks ago when we met with some Afreximbank people in Dubai with the Managing Director of Heritage Bank for which he promised to deliver our message to the bank. Within that week, he contacted him and the Afreximbank Presisent decided to come to Nigeria.

“Zamfara State, as you are all aware, had so many issues before my emergence as the governor, for which reason and to limited time, just a month, God helped us to tackle some of these issues. He said that his administration is committed to making the state a full secured state.”

How we give loans at Lagos Trust Fund – LSETF boss