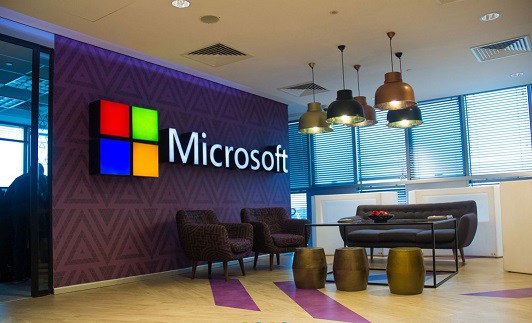 Last year, when Microsoft executives were doing their due diligence ahead of paying $7.5 billion for GitHub, the software engineer marketplace, they might have been surprised by one unexpected data point: Nigeria had the fourth-fastest growing developer community on the platform the previous year.

That insight and a renewed push for more international partnerships would have encouraged the world’s largest software company under chief executive Satya Nadella with its latest move.

Microsoft has now fully turned its sights on software engineering talent in Africa and will spend over $100 million on a software development center initiative. Microsoft’s first development centers in Africa will open in Lagos, Nigeria and Nairobi, Kenya this year and will employ 100 full-time developers who will work across artificial intelligence, machine learning and mixed reality innovation. As part of the initiative, Microsoft plans to grow its local developer pool to 500 by 2023.

The development centers are the latest move by global technology companies looking to expand their African footprint. Microsoft itself launched two data centersin South Africa this year while Amazon Web Services—the global leader in cloud computing—will open its first data center in Africa next year. Huawei, the Chinese telecoms giant, has also announced plans to for two data centers on the continent. While Microsoft’s development centers will first debut in Kenya and Nigeria, South Africa has already emerged as the continent’s major hub for global tech companies.

But that outward trend of engineering talent could yet be reversed if more global companies like Microsoft open up shop and employ and advance local talent, industry insiders have suggested. The big-picture scenario for developers is to see Africa’s leading tech startup ecosystems also become engineering hubs essentially modeling India.

While there’s undoubtedly software developer talent in Africa’s major hubs including Lagos, Nairobi, Johannesburg and Cape Town entrepreneurs and industry insiders have noted there are still not enough to support a robust industry sector. Sacha Poignonnec, chief executive of Jumia, the Africa-focused online retailer, was recently criticized on social media for suggesting in an interview the company had its tech center outside Africa because of a shortage of developer talent.

Setting Up An Online Business With Zero Start-Up Capital

Is your BUSINESS mobile friendly?

How To Invest in a Business with ZERO Cash

Should You Depend on Investment Advisor to Make Wealth?

Microsoft, Tony Elumelu to empower 10,000 small businesses in Nigeria, other...