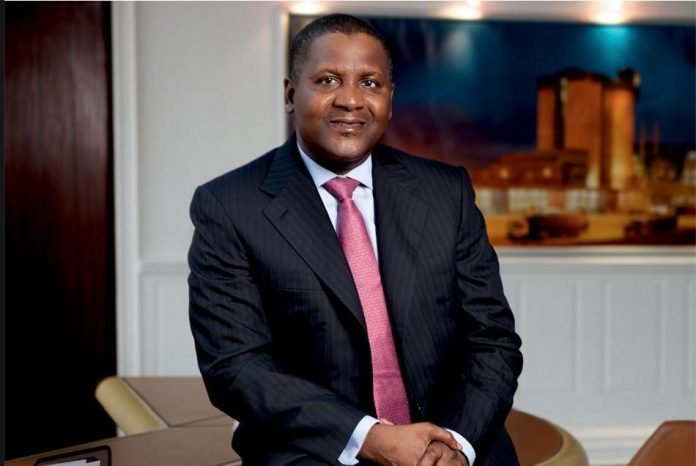 The management of Dangote Group has indicated that its rice project is targeted at empowering the youth at the grassroots with agribusiness opportunity.

Group Executive Director and Coordinator of Dangote Rice Project, Mr. Devakumar Edwin, made this assertion while receiving in his office in Lagos, Iseyin chiefs and community leaders led by the Aseyin of Iseyin, Oba Abdulganiyu Salawudeen Adekunle, Ajinase 1.

The community leaders from Oyo State had come to show appreciation to the company over the choice of Iseyin town for the multi-million-naira youth rice farm project being undertaken by the Africa’s foremost entrepreneur, Alhaji Aliko Dangote.

Edwin, said the project was a deliberate business decision to empower the youths at the grassroots bearing in mind that the youths who are more than half of Nigeria’s population are mostly unemployed.

Edwin explained that many of the ills in the nation could be traced to youth joblessness, adding that the youth rice farm was developed to address such issues now that the federal government is diversifying the economy by upgrading the agric sector to achieve food self-sufficiency and as a major foreign exchange earner.

He stated that the Dangote Rice Youth farm was modeled after the out-grower scheme, to launch the youths back to farm with assurance of assistance to make farming less cumbersome less stressful and profitable.

According to him, the programme was launched successfully in Kogi and Jigawa and, “it’s a pure out-grower scheme, where Dangote Rice company provides inputs like the seedlings, chemical, fertilizers, and give to the youths to prepare the land, cultivate the rice paddy which is then bought over from them by the company at the prevailing market rate.”

Responding, Oba Adekunle explained that his presence in the Dangote office in Lagos was to show appreciation and to encourage the company to increase its investments and explore other opportunities that abound in Iseyin, noting that Iseyin has arable lands that Dangote Rice would find very irresistible.
For the rice investment gesture, the monarch conferred on Edwin, the traditional title of Seluro of Iseyin as a token of appreciation.