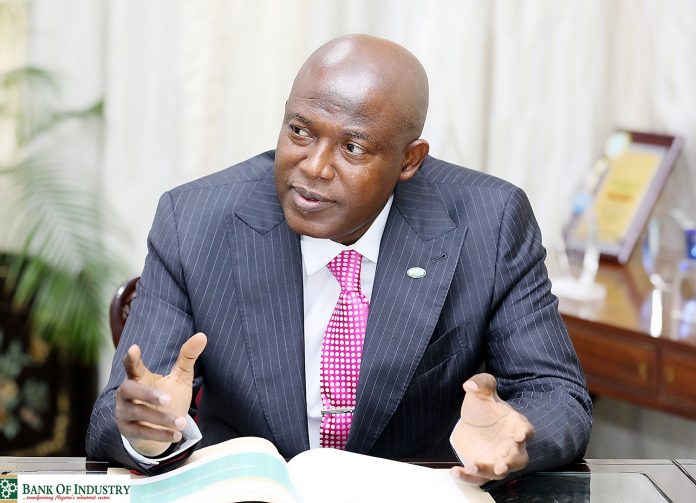 There is an indication that the Bank of Industry, BoI, has become more aggressive in giving out loans as it recorded a 130 percent increase in the amount of credit disbursements in 2018. A total of N259.6 billion was disbursed against N112.5 billion in 2017.

The Chairman, BoI, Aliyu Dikko, who confirmed the amount on the sidelines of the bank’s 59th Annual General Meeting, said that out of the N259.6bn, about N33.9bn was disbursed specifically to Micro, Small and Medium Enterprises.

He said the balance of N225.7bn was deployed to support large enterprises.

Also read:  How To Get Banks To Stamp Your Business With Loan (Part 1)

He put the bank’s profit before tax at N36.7bn, indicating a 39 per cent increase from the N26.4bn recorded in the previous year.

Dikko said the management of the bank made a proposal of N2bn dividend to be paid to the shareholders.

The amount was unanimously approved by shareholders of the bank.

He said, “The bank’s developmental impact profile and financial performance are fundamental indicators of our success.

“As we celebrate 60 years of our existence in 2019 and move ahead into the future, we will continue to streamline our efforts to ensure that these outcomes continuously align with our core values and the expectations of our stakeholders.”

The BoI Managing Director, Mr Olukayode Pitan, said the bank would continue its intervention programme in the various sectors of the economy.

Also read:  How Small Businesses can Get Loans from Access Bank – Olojede

In partnership with the Federal Government with respect to its Government Enterprise and Empowerment Programme, a component of the Social Investment Programme, he said the bank facilitated the disbursement of N29bn to 1.55 million  beneficiaries nationwide through its flagship products such as TraderMoni and MarketMoni.

The products, he noted, were specifically aimed at providing soft loans at no interest rate to small entrepreneurs.

He said the bank was working with the Federal Government in the implementation of the N-Power programme, which is also part of the Social Intervention Programme.

He said under the programme, soft loans worth 15.34bn were provided to 199,989 beneficiaries to purchase work-tools in sectors such as agriculture, health and education.

Practical Steps on How to Finance Your Business