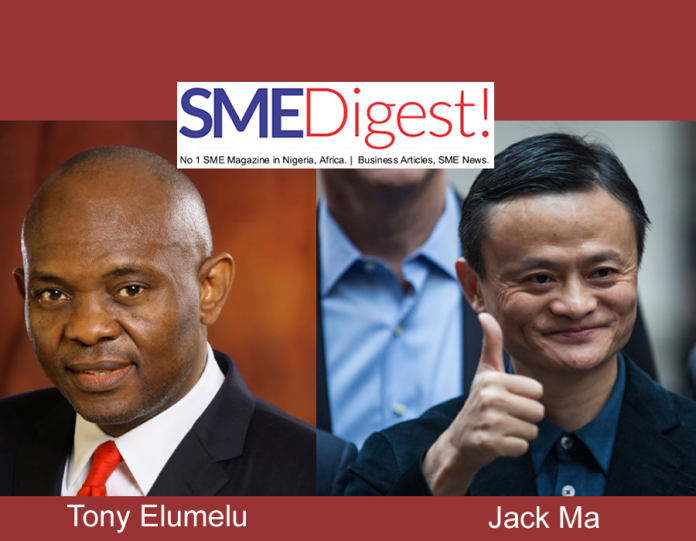 Chairman of Heirs Holdings, Mr. Tony Elumelu, and Chinese billionaire entrepreneur, Jack Ma, have called on African leaders and development institutions to tackle the deepening unemployment crisis in the continent by promoting entrepreneurship.

Elumelu, who is the Founder of the Tony Elumelu Foundation (TEF), made the call at the ongoing Youth Connekt Africa Summit in Kigali, Rwanda, while speaking on the theme, “How do we create 10 million jobs by 2020?”
According to him, access to electricity and increased focus on the agricultural sector would enhance entrepreneurship and tackle the challenge of unemployment. He said Africa could be self-reliant and self-dependent if the right infrastructure and government support were put in place to boost these sectors. He explained that the private sector has the responsibility to play the lead role in contributing to job creation in Africa.
He noted that TEF has contributed to various investments in these key areas, adding that this is visible from the $100 million commitment over the years, towards supporting African entrepreneurs.
“Today we have businesses in 20 African countries and employ 30,000 people directly and 50,000 people indirectly. Agriculture, access to electricity and entrepreneurship have the potential to create more jobs in Africa“, he stated.
Also read:  CBN says it has Recovered N3.7trn from Intervention Fund Borrowers
Speaking in the same vein, Ma who isfounder and chairman of e-commerce group, Alibaba, stated: “Africa governments should encourage the culture of entrepreneurship and growth of Small and Medium Enterprises (SMEs) to alleviate many of the continent’s social and economic problems, most especially, high employment rate, poverty and hunger. African countries need to diversify and expand their sources of economic growth while creating opportunities for more inclusiveness. Creating jobs through entrepreneurship will also help the continent achieve higher growth rates.”
He called on African countries to take advantage of technology and the internet and sell Africa-made products abroad.
The event attracted about 2,800 participants including top executives from multinational companies that operate in Africa, leaders of Civil Society Organisations, Africa’s development partners and members of the academia. Other participants are successful entrepreneurs, youth entrepreneurs, members of startup companies, artists and youth opinion leaders from 90 countries to interact and discuss on enhancing the potential of the youth in Africa.
Enjoyed What You Read? Click HERE To Join Our Priority List So You Are First To Receive Top Notch Business Article/News