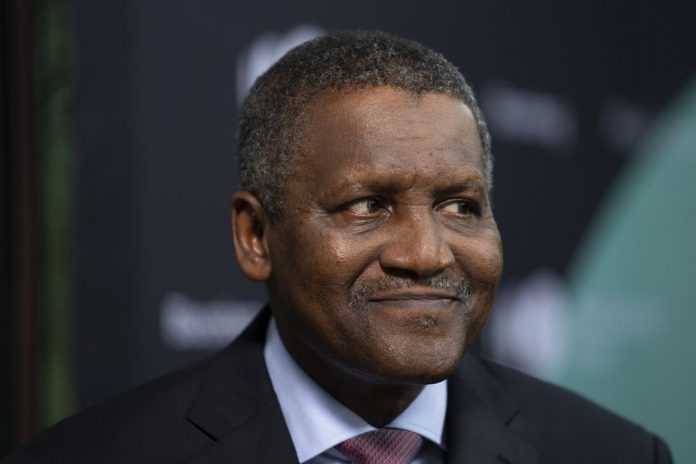 Not less than 34,000 vulnerable women have been empowered in the 34 Local Governments in Katsina State by The Aliko Dangote Foundation (ADF) from a N10 billion micro-grant which was set aside by the foundation for disadvantaged women across the country.

This money is meant to empower women economically either to start or to further grow their businesses.

Speaking at the flag-off ceremony held yesterday in Batagarawa Local Government in Katsina State in the presence of the state governor, Alhaji Aminu Bello Masari and other top government officials, the Chairman of ADF, Aliko Dangote, disclosed that 1,000 women were drawn from each of the 34 local government areas in the state, with each woman receiving N10,000,00 each.

Dangote explained that the Foundation had in 2012 earmarked N10 billion for the empowerment of vulnerable women in the 774 Local governments in the country. He added that so far about 360,000 women from Kano, Lagos, Jigawa, Kogi, Adamawa, Borno and Yobe, Niger, Sokoto and Nasarawa States representing 40% have benefitted from this scheme.

Also read:  How Startup Law will Drive Entrepreneurship in Nigeria

“The Micro-grants programme is a major component of the Economic Empowerment pillar of the Foundation. It provides disadvantaged and vulnerable women with a one-off, unconditional N10,000,00 cash transfer to boost their household income generation. This we believe will help reduce their vulnerability and meet their livelihood needs,” he added.