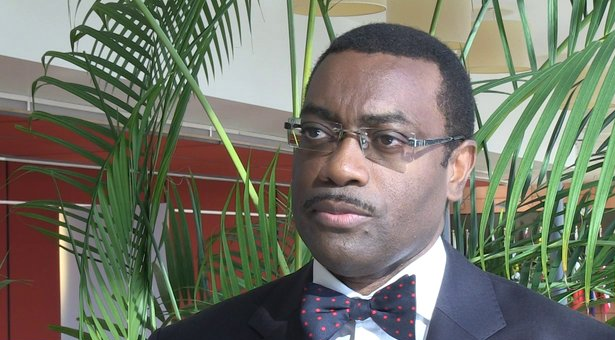 The African Development Bank, AfDB and the Federal Government of Nigeria are planning for long-term solutions to youth employment in the agricultural sector. They will spend about $300m on the Enable Youth Empowerment Agribusiness Programme.

According to statement by AfDB the project is to be implemented in partnership with Nigeria’s Federal Ministry of Agriculture and Rural Development, within 18 months.

“AfDB’s Director of Agriculture and Agroindustry, Chiji Ojukwu disclosed this information, recently in a top level meeting with Nigeria’s agricultural authorities, in Abuja”.

The scope and impact of this initiative would create 250,000 jobs; the beneficiaries would be trained at various incubation centres on all aspects of value chains, with each beneficiary of the project supported with about $75,000.

Ojukwu said the three-year project would enable training and funding of young graduates, who are interested in farming across the country. “A total of $300 million would be accessed to cover the three year project which would bring young graduates together and train them for 18 months as entrepreneur farmers.”

In a statement by the ministry’s Director of Information, Tony Ohaeri, the Agriculture Minister, Chief Audu Ogbeh disclosed that the project would commence from the three Federal Universities of Agriculture in the country.

“The initiative would create 250,000 jobs; the beneficiaries would be trained at various incubation centres on all aspects of value chains, with each beneficiary of the project supported with about $75,000. The project would cover the 36 states including the FCT, while the Agricultural transformation Agenda ,ATA, would be expanded through the processing zones.”

The Minister, in his remark, emphasised the need for the three universities of agriculture in Umudike, Makurdi and Abeokuta respectively to revert back to the provisions of the Act that established them.

Ogbeh advised the country to re-invent her own economic strategy to revive its economy.

He stated that the strength of a nation lies in the population of the youth and expressed concern on the rate of youth unemployment in the country saying, “We need to take care of them before they take care of us.”

He promised to collaborate with representatives of AfDB and International Institute of Tropical Agriculture, IITA, who came to present him the concept note on the youth agriculture scheme.

However, the Minister tasked IITA to intensify efforts towards researching into the conversion of cassava leaves into animal feeds, while some components of the Labour Intensive Family Enterprise, LIFE, of the ministry could be built into the youth empowerment initiative.

IITA Director-General, Nterayana Saginga, called for a change in the mindset of the young graduates, saying that the IITA’s experiment in the past on young unemployed graduates revealed that they could make good turn over on their investments. He pledged the readiness of IITA to provide necessary support to the ministry

Fellow Nigerian Youths, This is For You!