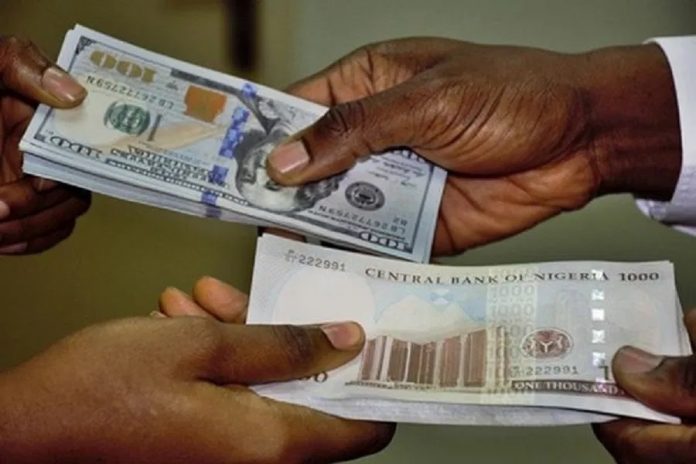 The naira depreciated against the dollar in both the parallel market and Investors and Exporters (I&E) window last week even as the country’s foreign reserves gained $600 million during the week.

In the I&E window, the naira depreciated by 88 kobo as the indicative exchange rate dropped to N412.88 per dollar on Friday from N412 per dollar the previous week.

However the volume of dollars traded (turnover) in the window rose by 35 per cent to $975.63 million last week from $724.11 million traded the previous week.

Meanwhile, data on the Central Bank of Nigeria(CBN) showed that the nation’s foreign reserves gained $600 million  as the gross amount  rose to $35.4 billion on Friday from $34.8 billion the previous week.

The liquid amount also grew by $600 million to $35.1billion on Friday from $34.5 billion the previous week.