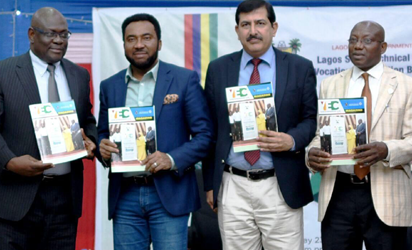 Lagos State governor, Mr Akinwunmi Ambode at the 4th Lagos State Enterprise Day urged successful entrepreneurs to voluntarily serve as mentors and trainers in promoting effective implementation of the entrepreneurship development agenda. “There is the need to engage successful entrepreneurs as mentors and trainers, financial institutions and industry partners to promote effective implementation of the Entrepreneurship Development Agenda, through voluntary sharing of experiences and lessons learned,” he said.

Ambode who spoke through the Secretary of Lagos State Technical and Vocational Education Board, LASTVEB, Engr. Olawumi Gasper appealed to other successful entrepreneurs to make themselves available and monitor the younger generation who have passion for entrepreneurship. He said: “We have realized that the private sector must have a voice in ownership of the entrepreneurship development strategy of Lagos State and be actively involve at all levels from policy design to implementation.

According to him, the Lagos State government will engage with representatives of private enterprises, business associations, business media, financial institutions, network of business mentors and the like in driving entrepreneurship development in the State. He explained that the strategy of his administration is to deploy all resources towards the utilization of technical and vocational education in stemming youth unemployment and restiveness, wealth creation and equipping youth and women with skills for employment.
Meanwhile, Director of LASTEB, Mr Laolu Oguntuyi who represented the Executive Secretary, Mr Olawumi Gasper disclosed that the Young Entrepreneurs Club established in 2015 will launch Young Entrepreneurs Magazine at the event. The magazine was launched with complimentary copies given to participants.


Culled from vanguard news
Enjoyed What You Read? Click HERE To Join Our Priority List So You Are First To Receive Top Notch Business Article/News