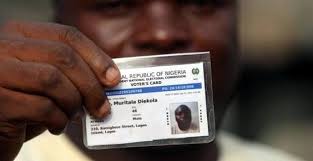 The Bank of Industry (BoI) has debunked claims in some quarters that possession of a Permanent Voters Card (PVC) is one of the requirements for benefitting from the TraderMoni loan scheme.

TraderMoni is a micro credit loan scheme for petty traders managed by BoI under the Government Enterprise and Empowerment Programme (GEEP), one of the social intervention programmes (SIPs) of the federal government. Others are MarketMoni and FarmerMoni.

Executive Director, Micro Enterprise, BoI, Mrs Toyin Adeniji, said that TraderMoni is not a free handout, stressing that it is not a gift or a vote buying scheme as many public commentators alleged, but a loan that beneficiaries have to pay back.

She said it was as a result of this wrong notion that PVC was excluded from the loan requirement.

“Under no circumstances is a Permanent Voter Card or any political indication requested when applying for these loans,” she stated.

Adeniji said that the minimum criteria for accessing GEEP include being a verified trader with a verified place of trade and possession of a Bank Verification Number (BVN) forMarketMoni and FarmerMoni.

In addition, she further stated, that the beneficiary must be a member of a certified market association or cooperative society and having a bank account or mobile wallet.

“Beneficiaries then go through a verification process at the bank of Industry before the disbursement,” she added.

Adeniji said that GEEP leverages on a private sector-driven agent network that is spread across the 36 states of the federation to enumerate beneficiaries.

According to her, agents were prohibited from requesting for any information not listed in the criteria for each facility.

She said that every single candidate for the GEEP is enumerated at their point of trade by one of the over 4,000 agents bearing tablet devices or smartphones.

Of the approximately 5 million candidates enumerated till date 1.5 million have qualified and received the loans across all GEEP products.

“The entire operation of GEEP is technology driven; BVN are validated against the NIBSS database, background checks are done against third party data sources, all enumeration is done on the agent’s tablet devices that feed the information into a central BoI database, extensive KYC is done on our agents, and we carry out independent verification and regular system audits to protect the integrity of the programme and its operation,” she stated.

The BoI executive said the scheme has had a multiplying effect by increasing the productivity of Nigerians who ordinarily could not access bank loan. The scheme has also expanded the financial inclusion being pursued by Central Bank of Nigeria (CBN) by enrolling 1.5 million who would not have had access to banking facility into the system.