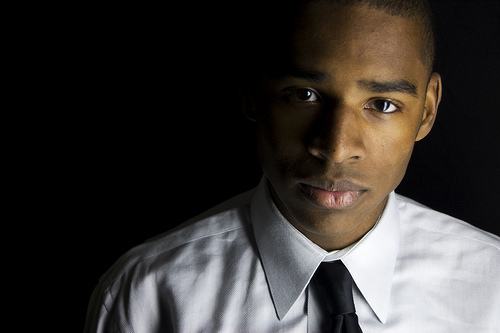 While some professionals have managed to start work on a side business while maintaining their integrity in a nine-to-five job, such a setup has little potential for long-term success. Whether you’ve come up with a new idea or you’re interested in scaling up one that’s already there, eventually you’ll need to quit your job to nurture your dream of becoming a successful entrepreneur.
However, too many people have become obsessed with an idea and quit their jobs impulsively only to find their potential business isn’t as strong as they thought it would be.
Before you do anything reckless, be sure to take these five steps:

1. Make sure your idea is viable.

This should go without saying, but unfortunately, it needs to be said. Billions of ideas are born every day, but not every idea is a good idea, and unfortunately, not every good idea is a viable idea. That “viability” factor is what usually fools people.
In theory, your business idea might be brilliant — solving a very real need in an innovative and interesting way — but if it can’t be produced effectively or if the market isn’t ready for such a solution, even a great idea can fall flat.
Your job, long before you put in your two weeks’ notice, is to thoroughly examine the viability of your idea. Do some market research. Look at your potential competition and see if they’re doing anything similar. See if anyone has tried this in the past, and if they failed, why they failed. Sketch out a financial model if you have to. The more in-depth you go, the better.

2. Prepare for the realities of entrepreneurship.

Entrepreneurship has been played up as a glamorous role, and in some ways it is. You get to be your own boss, make your own rules and build something unique from the ground up. Unfortunately, because of major startup successes such as Jobberman, Slot etc., there’s a misconception that entrepreneurs simply show up one day in a T-shirt, pitching a great idea and the next day they wind up billionaires.
This simply isn’t true. Most businesses fail, and most entrepreneurs end up going back to work. Most of those glamorously successful entrepreneurs spent years developing their ideas, coming to the brink of failure or flat-out failing many times before eventually finding success. Entrepreneurship is rewarding, but it’s also very, very hard. Read up on the realities of entrepreneurship to be prepared for that.

Quitting your job means your main line of sustainable income will disappear. Your personal finances need to be in immaculate order before you allow that to happen. Even if your business idea is great and viable, it may still be months or years before you can draw any meaningful revenue or income from it. Even then, your revenue will probably be minimal and inconsistent.
To prepare for this, take a look at exactly how much money you need to continue your current lifestyle and how much money you have. Can your savings totally sustain you for a year or more? What backup options do you have if you do run out of money?

Ultimately, quitting your job has to be your decision. But before you pull the trigger, it’s worth your time to talk to others about your options. Talk to your spouse about whether he or she is ready to take the risk with you. Talk to your friends about whether they believe your idea is promising. Talk to your peers and mentors to see if they have any advice.
You may find these alternative perspectives illuminate problems you didn’t know were there or help to put your mind to ease.

Once you’ve decided to move forward and quit your job, the last step is to quit your job in the right way. Never, ever burn a bridge in the professional world. There’s a chance your idea won’t pan out and you’ll need to come back, and there’s also a chance your idea will become a success and you’ll want to work together with your former employer in a mutually beneficial relationship.
Talk to your employer candidly about leaving, give them as much time as they need to find a replacement and exit as smoothly as possible to preserve your relationship.
Once you’ve completed these five steps and you still feel good about leaving to become a full-time entrepreneur, there’s nothing that should stop you from quitting your job. It’s an exciting time, and making quick, impulsive and risky decisions is part of being an entrepreneur anyway, but that extra degree of preparedness can help prevent or mitigate an unfortunate end to an otherwise promising story.
–      This article was modified first appeared in The Entrepreneur.

Also read:  The Business Called Affiliate Marketing
Enjoyed What You Read? Click HERE To Join Our Priority List So You Are First To Receive Top Notch Business Article/News

Before You Quit That Job to Start a Business…