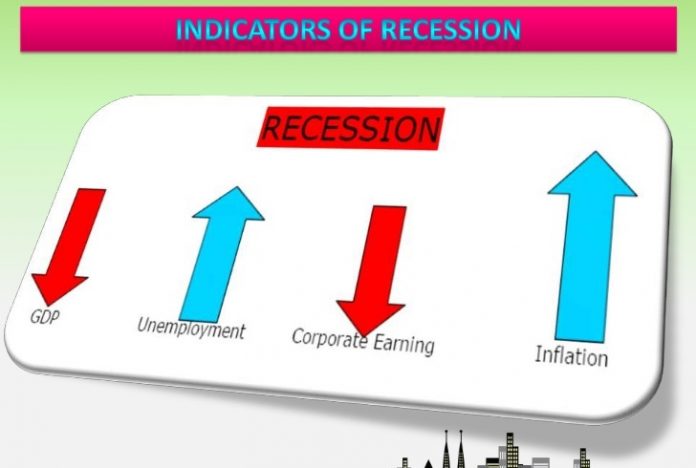 A recession is defined by economists as two consecutive quarters of negative GDP growth rate in an economy. It is a confirmation that economic activities in a country has contracted.

The Nigerian Economy has been in turmoil for the better part of 2015 and 2016 following the drop in the price of crude oil and the negative impact it had on government’s revenue. This resulted in a dip in Nigeria’s foreign reserves triggering a gradual and continuous depreciation of the value of the Naira. This then triggered a rise in the cost of goods and services, reduction in consumer expenditure, lower profits for companies and a rise in bad debts in the books of commercial banks.


We bet by now you have been inundated with news of a recession and what it could mean for Nigeria and tour business. But how should small businesses respond to the threat of recession? Nairametrics hopes to address this question by suggesting a list of things businesses could do to deal with the impending recession.
Review your funding structure

A recession typically starts by ravaging through the balance sheet of companies focusing on the company’s sales, profitability and then cash balances. Your business starts to record a decline in revenues followed by losses and then you start to run out of cash to pay for recurring expenses. This has to be your number one priority as the moment you start to experience cash shortages in your business then it’s clear the recession has caught up with you. To avoid being in this situation, you would have to immediately review your funding structure. This involves identifying where most of your cash comes from, how much you have in your bank account and how much you are owing (debtors plus suppliers). If your business is heavily reliant on bank overdraft or short-term loans, then you have every reason to be very meticulous about how that money is spent. You should also take care to further improve your relationship with your bank or creditors because not doing so means they could stop funding you once it’s time to rollover the loan.

Also read:  How To Negotiate Business as an Entrepreneur
Enjoyed What You Read? Click HERE To Join Our Priority List So You Are First To Receive Top Notch Business Article/News

RUNNING A SUCCESSFUL BUSINESS IN NIGERIA: MY EXPERIENCE

Nigerians… Get Set For This Soft Loan