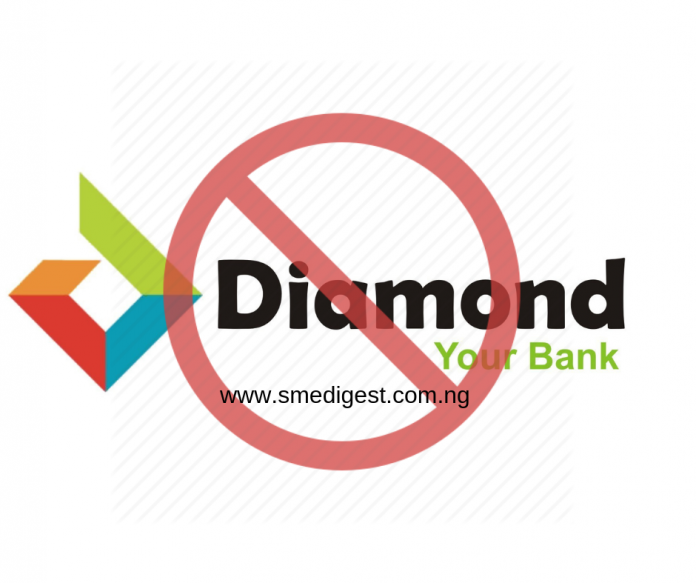 More facts have emerged on the reasons why the defunct Diamond Bank surrendered itself for a business combination deal with Access Bank Plc.

The deal was consummated on April 1.

According to a report obtained by THISDAY yesterday, between December 2014 and June 2018, the immediate past management of Diamond Bank under the leadership of Mr. Uzoma Dozie as Chief Executive Officer, inherited a distressed oil and gas portfolio of $1.8 billion (N302.6 billion).

In addition, the bank had foreign currency balance sheet mismatch in excess of $883 million as at October 31, 2015, resulting from maturing trade obligations and customer transactional instructions.

The immediate past management of the defunct bank preserved Diamond Bank’s licence by paying down the inherited forex liquidity mismatch, it stated.

Furthermore, it showed that the inability of Diamond Bank to repay the Nigerian National Petroleum Corporation/Nigerian Petroleum Development Company Limited’s funds to the TSA, “due to the application of those funds in the creation of long-term oil and gas and power loans was a major threat to the bank’s corporate existence.”

Without external management, the then management of the bank employed every legitimate means, including strong negotiation and relationship management skills to have the issue resolved.

According to the report, as at the end of September 2018, this obligation had been fully extinguished.

While resolving this, the Uzoma Dozie-led management built an enviable retail franchise that, stand-alone, can generate sustainable profitability and low-cost deposits.

However, the value of the retail deposit was hidden in bad corporate loans inherited by the then management.

In addition, the management then developed long-term sustainable relationship with global institutions, which has helped to build thrust in its brand.

Commenting on the merger with Diamond Bank, the Group Managing Director/Chief Executive Officer, Access Bank, Mr. Herbert Wigwe, had said: “Together, we would have 27 million customers, which is the largest customer base of any bank on the continent. We would have 33,000 point of sale (PoS) terminals, 3,300 automated teller machines (ATMs) and all of that.

“Access Bank has grown over time and has built a very strong wholesale banking capability. We have also shown significant expertise as far as treasury is concerned, risk management as well as our capital management plan.

“We created and pushed a very strong value chain strategy which was our own way of building our retail business.

“This was because we realised that the creation of a large diversified bank is critical, not just for Nigeria, but in Africa and the world. If you go to any part of the world, what you tend to see is that the top three or top five banks technically control market share.”

Speaking further, Wigwe said the combination of Access Bank and Diamond Bank would ensure that “we are able to take and solve customers’ issues right from the wholesale end, down to the man in the village, just because of the use of technology.”

DIAMOND/ACCESS BANK MERGER – WHAT YOU NEED TO KNOW

Diamond Bank: The Silver Lining for Financial Inclusion in Nigeria