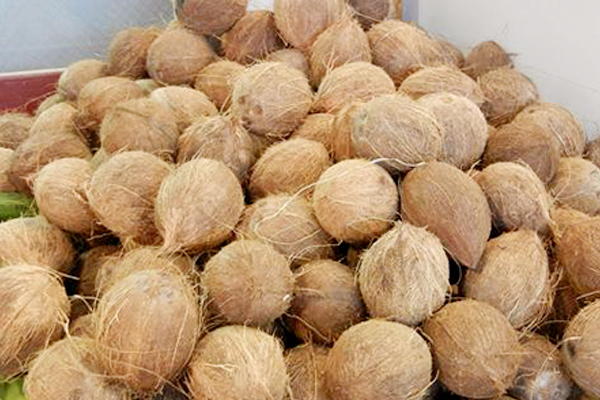 It has been discovered coconut is spinning a lot of money for the dealers especially those exporting the byproducts from Nigeria.

The dealers in the export end of the business are expected to make about $250 million or N120 billion this year alone, just as it raked in $150 million just last year in sale of coconut oil and its derivatives.

According to him coconut provided livelihood for more than 500,000 families, mostly women and youths in the country, noting that coconut accounted for 10 per cent of the nation’s agricultural exports, adding that it was expected to generate more than 250 million dollars by 2021.

He stated: “As a result of the awareness of its value and degree of uses, Nigeria has in recent times, increased the volume of production of coconut to average of 250,000 metric tonnes per annum.

“Available data show that coconut is grown in 22 states of the country with Lagos being the largest producer.

According to Nanono, President Muhammadu Buhari is committed to revamping the agricultural sector by supporting farmers and empowering women and youths through capacity building.

Also speaking, the Acting Executive Director of NIFOR, Dr Celestin Ikuenobe, said coconut was an exotic crop not being developed in the state like Oil palm.

Ikuenobe said: “I am happy that the ministry is trying to develop coconut because it is a very important tree crop in Nigeria.

“Our work here is to research into crops and come out with the best varieties for maximum yield.

“Oil palm is our major crop, coconut, date palm, Raphia and shell all came later in 1964”.

According to him, NIFOR carries out research on very important crops in Nigeria to create wealth for the country and create opportunities for people to invest in those crops to earn a living.

“Coconut production is a new area that has shown significant benefits for farmers that want to go into it.

“It is a new area which we are quite interested in because it has shown potential in tree crop value chain.

“For us, coconut has shown innovation because it can put food on the table and expand the economy.

“We are here because we want to work with different stakeholders to look at the opportunities in coconut.

“As you are already aware, commercially, we are already promoting oil palm and rubber in the state, so coconut is also something we are interested in,” Uwaibi said.