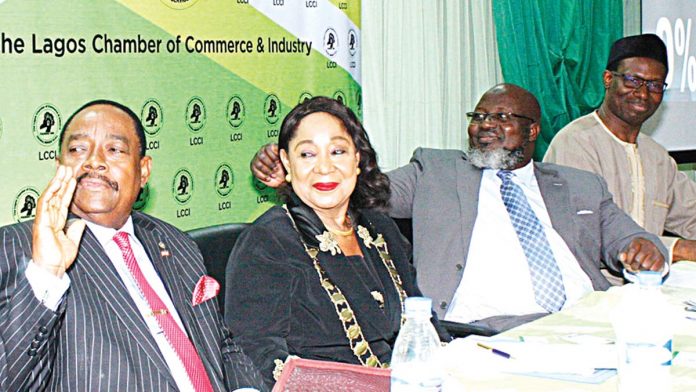 To enhance sustainability of their operations, as well as enable them to contribute to the nations economic growth, stakeholders have advocated the formulation and implementation of bespoke intervention schemes for Micro, Small and Medium Enterprises (MSMEs) in the country.
According to the stakeholders, MSMEs are the first responders to societal needs and are responsible for significant employment and income generation opportunities across the world even as they have been identified as a major driver of poverty alleviation and development.
Speaking during the commemoration of the Worlds Micro Small and Medium Enterprises day, President of the Lagos Chamber of Commerce and Industry (LCCI) Nike Akande, stated that MSMEs have the potential to make a long-lasting positive impact on global development needs, since they are the engine for economic growth and job creation, maintaining that MSME sub sector accounts for two out of three new jobs created worldwide.
She noted that the chamber is wants the government to refocus attention on non-oil sector where SMEs participate more, adding that the non-oil sector also guarantees a more sustainable growth beyond the volatility of oil prices in the international market.
She lamented that despite the crucial role of SMEs in economic development, they are still faced with myriad of challenges militating against their capacity to deliver on their mandate.
She however acknowledged the renewed efforts of the Federal Government in resolving lingering business environment issues that hinder the growth and sustainability of MSMEs in Nigeria, adding that there is a need to maintain a stable policy and regulatory environment that supports the reform on the ease of doing business in Nigeria, adding that issues of taxation, trade and foreign exchange policies should be managed in line with international best practices.
Also read:  Increased Unemployment Rate Made me Venture into Cocoa Farming Business - Lady cocoa farmer
The Director General, Dr. Dikko Radda, Small and Medium Enterprise Development Agency of Nigeria (SMEDAN) represented by its State Coordinator, Yinka Fischer, said the days of white collar jobs are all gone, imploring Nigerians to look inwards by putting their talents into use to become self reliant and be employers of labour rather than job seekers.
He said despite the challenges hindering the growth of MSMEs, SMEDAN has provided industrial development centres for SMEs to utilize, but stressed that these centres cannot meet the demands of the over 37 million MSMEs in the country.
Representing the Country Director, United Nations Information Centre (UNIC), Ronald Kayanja, the National Information Officer, UNIC, Oluseyi Soremekun, said: MSME tend to employ a larger share of the vulnerable sectors of the workforce, such as women, youth and people from poor households. MSMEs can even sometimes be the only source of employment in rural areas.
Also read:  Why You're Still Struggling Financially
The UNIC country Director urged the banking institution and the financial sector in general to create a tailor-made intervention for MSMEs to access funds, saying that the various parastatals that interface with MSMEs and with mandates to ensure their development should ensure renewed diligence in the discharge of their responsibilities.
MSMEs need to be encouraged. They need to be promoted. MSMEs hold the key to inclusive sustainable development, he said.
The Chairman, SME Group, LCCI, John Kachikwu, said MSMEs are veritable tools for economic development creating about 70 per cent of jobs in the country and also forms a perfect linkage to large companies and multinationals to carry out their operations.
He urged the federal government to create the enabling environment for the MSME sub sector to thrive, while commending the Lagos State government for equipping youths in the country with vocational skills to make them self reliant.
He noted that one of the key challenges hindering MSME growth is the unfriendly interest rate by commercial banks and the perception that SMEs will default in paying back loans borrowed.
He called for a financial sustainable scheme that can serve as leverage for SMEs to be competitive at the global market.
Enjoyed What You Read? Click HERE To Join Our Priority List So You Are First To Receive Top Notch Business Article/News

How to Make Funding Supports to Businesses Succeed – LCCI