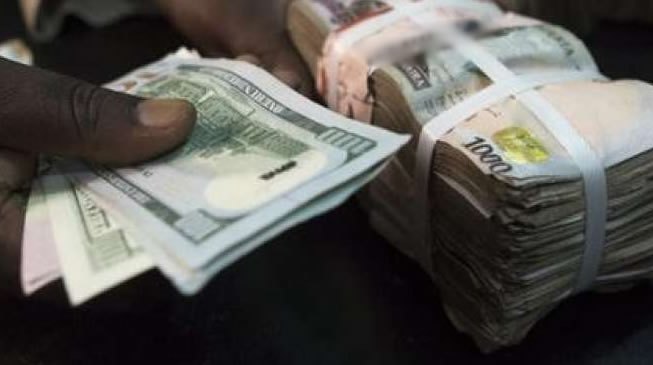 The Committee also decided to impose sanctions on exporters that fail to repatriate their export proceeds, including banning them from accessing banking services across the country.
Managing Director/Chief Executive, Unity Bank, Mrs. Tomi Somefun and Director, Banking Supervision Department, Central Bank of Nigeria (CBN) disclosed this in Lagos yesterday at a press briefingafter the meeting of the committee.

These programmes according to Somefun include the N26 billion Agriculture SME Fund and extension of the CBN N500 billion Non-Oil Export stimulation facilities to SMEs.
Ahmed said: “The committee noted the emergence of the country out of recession. This is an important milestone. We recognised that growth is still fragile. We have 0.5 per cent growth. But it is healthy development when compared to negative 2.5 per cent we witnessed in during 2016.
We recognised that there is need for more hard work to be done in order to make the growth more robust anddeeper. So a number of programmes were discussed which will help in deepening growth in the economy.

On her part Somefun said: “As you are aware a special fund was set up to the tune of N26 billion to provide equity contributions to SMEs particularly in the Agricultural sector;and we mentioned before that the framework for this was being developed. The Bankers Committee confirmed that this is being finalised and disbursement will commence by the end of this quarter 2017”

To further support this, the CBN has created a special export intervention scheme to support export and off course that will generate additional foreign exchange. This will be closely monitored and we expect that a lot of our SMEs will benefit from this scheme.

“The issue we have in the past is the failure of some exporters to repatriate the foreign exchange generated, and the CBN has agreed with the Bankers Committee to sanction defaulting exporters”
Ahmed explained that the export scheme being referred to is different from the Export Expansion Grant of the federal government. He said that the fund is the N500 billion Non-oil Export Stimulation Facility set up by the CBN last year.

He said: “This export scheme is different from the Export Expansion Grant of the federalgovernment. This one is a CBN initiative to boost exports, so that exporters can access the fund just like the Commercial Agricultural CreditScheme or the Anchor Borrowers Programme. This one is that exporters can access the fund in order to boost their business.”

On the decision to blacklist exporters that default on export proceeds, Ahmed said: “On the blacklisting of exporters, there is a provision in the foreign exchange manual that requires all exporters to repatriate the proceeds of their exports. The fact is that a number of exporters dont. The Bankers Committee deliberated on that matter and felt that there is a need to sanction those exporters appropriately. And part of the sanction is the blacklisting of the exporters such that they will not have access to other banking services.”

Also speaking, Managing Director/Chief Executive, Union Bank, Mr. Emeka Emuwa, said that the Bankers Committee also stressed the need for SMEs to take advantage of the National Collateral Registry, which was designed to facilitate access to credit for small businesses.
He said: “The Collateral Registry is an opportunity for small businesses to access funding from the banks and even for banks it also makes it easier to facilitate the process of lending to customers. So even as we are coming out of recession, there are processes in place to facilitate lending to small businesses which in turn will contribute to employment and growth. So there are a number of things that we are seeing that will facilitate the coming out of recession.”

At First, The Idea of Being a Cloth Weaver Wasn’t Welcomed by My Family – SME of The Month, February

A Business Model That Works for Every Business

Devpt Bank Was Set Up to also Service MSMEs – Chairman