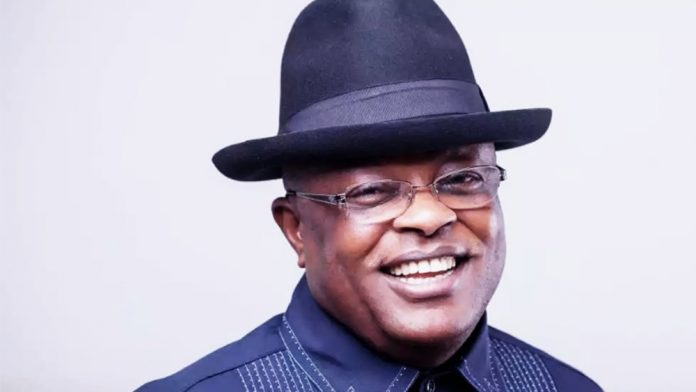 The Bank of Industry (BoI) and Ebonyi State government have signed a Memorandum of Understanding (MoU) on a N4 billion matching funds to boost the fortune of civil servants in the state through agricultural activities.

The bank noted that the agro-based fund is coming on the heels of a N4 billion MSME Matching Fund activated in July 2017.

“We broadened our strategic partnership with Ebonyi State government by signing the N4bn BOI-EBSG Agro-Based Fund for Civil Servants in the state.

This is another expression of our mandate to transform the industrial landscape of Nigeria through strategic alliances with our development partners at different levels of government.

Our already existing development partnership in the state had already started yielding fruits with beneficiaries being issued cheques to represent disbursement of loans for their businesses,” the bank stated.

At the MoU signing ceremony in Abakaliki, Managing Director, BoI, Mr. Olukayode Pitan, noted that the fund was to develop and promote entrepreneurship, boost agriculture and its value chain businesses in the state.

He said: “The event represents an important milestone in the consolidation of the partnership and efforts of BoI and the Ebonyi state government to develop and promote entrepreneurship, develop and grow agriculture and its value chain businesses and the MSMEs in the state; to create a solid future for both the MSMEs and the State’s civil servants who are the engine room for the execution of state policies and programmes year on year.”

Also read:  Who Do You Give Charge Over Your Business Vision?

Pitan also noted that the fund would create a solid future for both MSMEs and the State’s civil servants who were the engine room for the execution of state policies and programmes.

According to him, the fund is being offered at five per cent and 6.2 per cent for medium term (3 years to 5 years) and working capital financing respectively, with moratorium periods of three to 12 months.

He commended the harmonious working relationship of the bank and the State’s Implementation Committee (SIC) in identifying viable MSMEs across the 13 local government councils of the state.

“So far, the bank has approved a total of 34 loans valued at over N206 million to MSMEs in the state under the Matching Fund. In addition, the bank has also approved and granted loans worth over N3.17 billion (N1.81 billion disbursed) from its direct funds to 22 other businesses in Ebonyi State,” he added.

In his remark, Governor Dave Umahi, noted that Ebonyi State is the pioneer of such an initiative to improve the lots of civil servants. He assured civil servants that the loans were ready to be assessed from this month of June, to enable them start off their ventures across the agricultural value chain, adding that the constitution permits civil servants to engage in agricultural vocation.

Agribusiness Gets Over N135b Boost